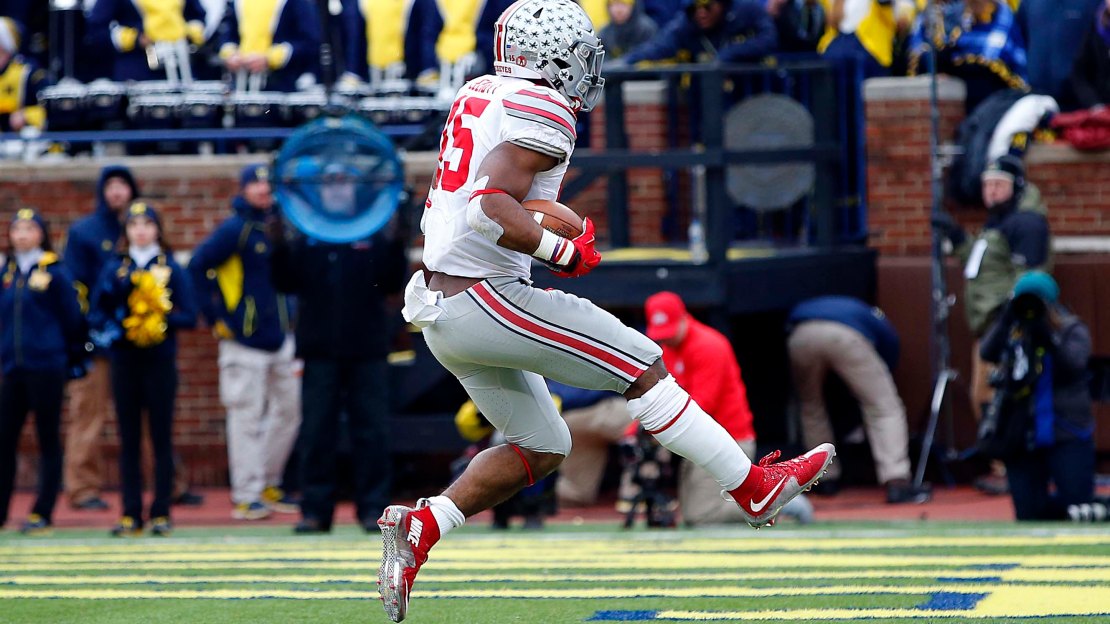 Ohio State running back Ezekiel Elliott highlights the team, winning the Graham-George Offensive Player of the Year and Ameche-Dayne Running Back of the Year, in addition to being the lone unanimous first-teamer on both of the Coaches and Media teams.

View the full coaches and media offensive teams below, and see the remaining award winners at the bottom of this post:

This @OhioStAthletics Running Back can now add Big Ten Offensive Player of the Year to his running list of awards. https://t.co/Svji7UzzwX

The first @HawkeyeFootball unbeaten regular season since 1922 - and a trip to the B1G Championship. Congrats, Coach. https://t.co/HmtLgJm0Cb

This year's QB of the Year is a winner. As in, the most wins in @MSU_Football history. Here's another accolade, 18. https://t.co/OoY8A3gz4D

Ameche-Dayne Running Back of the Year: Ezekiel Elliott, Ohio State

When you're in the company of @OhioStAthletics Eddie George, there's a good chance you'll be named RB of the Year. https://t.co/YUglMI9KAq

The Kwalick-Clark Tight End of the Year is no joke. Just ask @umichfootball fans. https://t.co/7J0IfZal1C

Rimington-Pace Offensive Lineman of the Year is going to a member of "The Slobs". But, which one? @OhioStAthletics https://t.co/HwzK8jMEkp