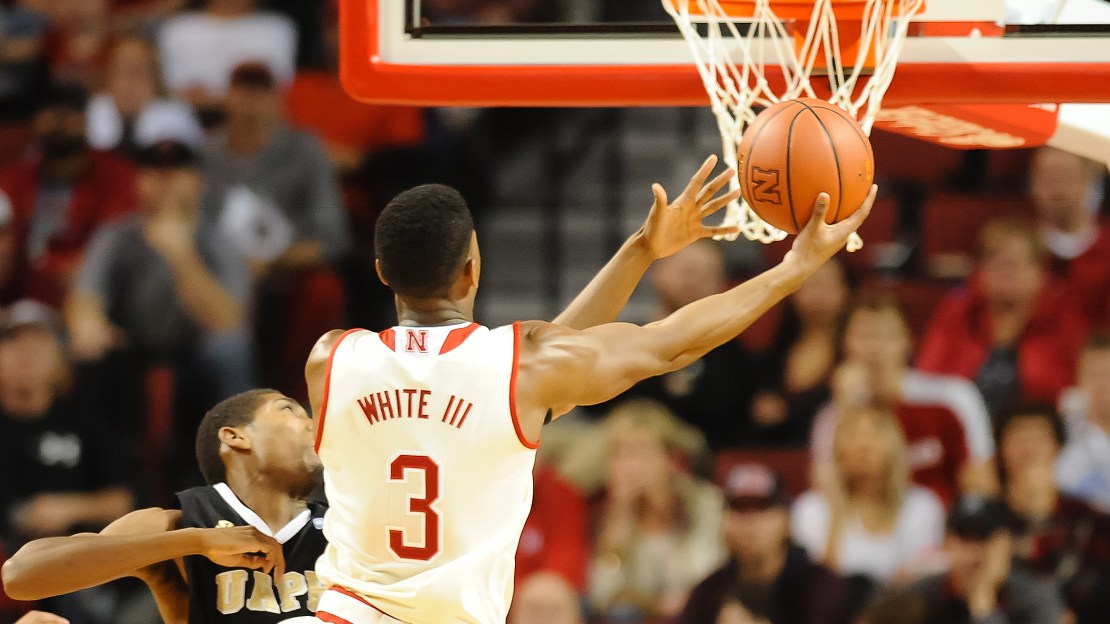 Thanksgiving is just hours away. Before you start thinking about the turkey, stuffing, mashed potatoes and all of the other Thanksgiving staples, I wanted to share some of my latest Big Ten observations.

Below, I give my takes on Indiana's troubling defense, Iowa's impressive early season win and Nebraska's new go-to player.

No "D" in Indiana

The Maui Invitational was supposed to be a showcase event for No. 13 Indiana. The trip was an opportunity to spend a week bonding, competing, and winning on the national stage. The Hoosiers needed to defeat an average Wake Forest squad, get through talented Vanderbilt, and then hope to face perennial power Kansas in the championship game. These are the once-in-a-lifetime moments Yogi Ferrell, James Blackmon Jr., and Troy Williams are supposed to seize.

Unfortunately, for Tom Crean and the Hoosiers, the Maui Invitational has exposed Indiana, which plays UNLV on Wednesday, for what it is early in the 2015-16 season: a good team, with great potential that can?t guard. As bad as the late-game meltdown in the 82-78 loss to Wake was, the Hoosiers gave up 73 points to a struggling St. John?s team, which Vandy drilled by 37 points the night before. Earlier this year, Division II St. Thomas Aquinas blasted St. John?s, 90-58, in an exhibition game!

Indiana has major problems defensively, and it runs deeper than benching players for not playing hard. It?s fundamental. For example, with one minute left in the game and IU holding an 11-point lead, the only shot the Hoosiers can?t give up is a 3-point basket. Do all five players on the floor know this? The Hoosiers were in a zone defense. St. John?s Felix Balamou has the ball out front and Ferrell has him contained as he starts to attack. The problem is, for some unexplainable reason, Blackmon Jr. decides to leave shooter Federico Mussini to slide over and help Ferrell. You know what happens next. The ball is snapped to Mussini, who drills the open 3 to cut the lead to 8 with 55 seconds to go. On the way to the huddle, after an immediate time out by the Red Storm, Yogi is frustrated with Blackmon, as if to say, ?I had my guy, why in this situation would you consider leaving yours??

Those are the types of plays that have beaten Indiana over the last couple of seasons. Case in point, late in the loss to Wake Forest, Indiana had a 77-76 lead with 30 seconds to play and needed one stop to probably close out the game. Wake freshman Bryant Crawford is forced left of the ball screen and toward the baseline by Robert Johnson. Freshman center Thomas Bryant does a nice job of meeting Crawford at the point of attack. But Johnson doesn?t fight to stay in front of Crawford. Bryant hesitates and comes up out of his stance, leaving the baseline exposed! Crawford attacks the baseline and scores the bucket. A few seconds later with the game tied, Crawford once again gets close to the rim for the game-winner against Johnson and Bryant.

Good defensive teams force tough jump shots and live with the consequences. With the game on the line, Indiana twice gave up driving layups in the last 25 seconds. Ball screens are difficult to guard, but the Hoosiers consistently get confused by them. Indiana gave up double-figure scoring to five Demon Deacons and was hammered on the boards 43-30. I could show example after example of Indiana not getting back on defense and breaking down on simple defensive assignments.

Crean is right to criticize his team for its effort, turnovers, and shot selection, but championships are won at the defensive end, and right now, there is no "D" in Indiana.

How good is Iowa?

Marquette just defeated scrappy Arizona State, 78-73, to win the Legends Classic. To advance to the championship game, the Golden Eagles won a thriller vs. No. 22 LSU and Ben Simmons, a future No. 1 pick in the NBA draft. Future lottery pick and freshman sensation Henry Ellenson was named the tournament MVP for Marquette. Against ASU the forward scored 18 points. His fellow big Luke Fischer, an Indiana transfer, scored 18 points. Fischer and Ellenson are going to be tough matchups all season.

Why as a Big Ten fan should you care about a Marquette tournament championship? Because, only four days earlier in the Gavitt Tipoff Games, Iowa destroyed the Golden Eagles, 89-61, in their own gym! And the score doesn?t come close to telling the story. Fran McCaffery mercifully called off the dogs or a 50-point win was a possibility. Outside of Michigan State?s magical defeat of then-No. 4 Kansas, Iowa has the Big Ten?s most impressive early season victory.

Iowa opened the game with an 18-6 lead, forcing six Marquette turnovers in the first 7:21. It wasn?t ever competitive. All five starters scored in double figures, led by junior sharpshooter Peter Jok?s 20 smooth points. Jok is one of the best catch-and-shoot scorers in the Big Ten, and after missing the previous game with an ankle injury, he took out his frustrations on Marquette. Sophomore Dom Uhl came off of the bench to score 10 points, after struggling in the preseason. Uhl once again looks to be Iowa?s X factor this season.

But if Iowa is going to return to the NCAA tournament for the third year in a row, the seniors will have to play well, and against Marquette they excelled. Jarrod Uthoff scored 15 points and guarded all five positions. Anthony Clemmons locked down the Marquette guards, handed out seven assists, and scored 11 aggressive points. Center Adam Woodbury showed touch around the rim on his way to 10 points and seven rebounds. An excellent passer for a seven-footer, he helped Iowa shred the Golden Eagle zone. And recently engaged point guard Mike Gesell scored 11 points and, more importantly, didn?t commit a turnover.

I said in the preseason that outside of Wisconsin?s Frank Kaminsky and Sam Dekker at Wisconsin, no Big Ten team had bigger shoes to fill than Iowa, following the graduations of Aaron White and Gabe Olaseni. Olaseni and White were really solid defensively and great on the glass. Against Marquette, Iowa held Ellenson to three points and Fischer to eight.

Iowa has a brutal schedule ahead, starting this week with a first-round game vs. Dayton in the Advocare Invitational, but so far so good for the unbeaten Hawkeyes.

Andrew White III to the rescue

It looks like Nebraska coach Tim Miles has found a reliable scorer to replace Terran Petteway, the team's go-to-guy each of the past two seasons, and to pair with underrated star Shavon Shields.

The guy is Kansas transfer Andrew White III, who is off to a great start for the 4-1 Huskers. White has shown the ability to shoot the 3-pointer and rebound, in addition to having solid chemistry with the aforementioned Shields early on in the Huskers campaign.

In five games, the former backup to stars named Ben McLemore and Andrew Wiggins in Lawrence, Kansas, is shooting a sweet 54 percent and averaging 16.2 points, 4.4 rebounds, 0.8 steals and 0.6 blocks.

As well as Petteway scored during his time in Lincoln, White rebounds better and has wiser shot selection that will make the Huskers more balanced and consistent.