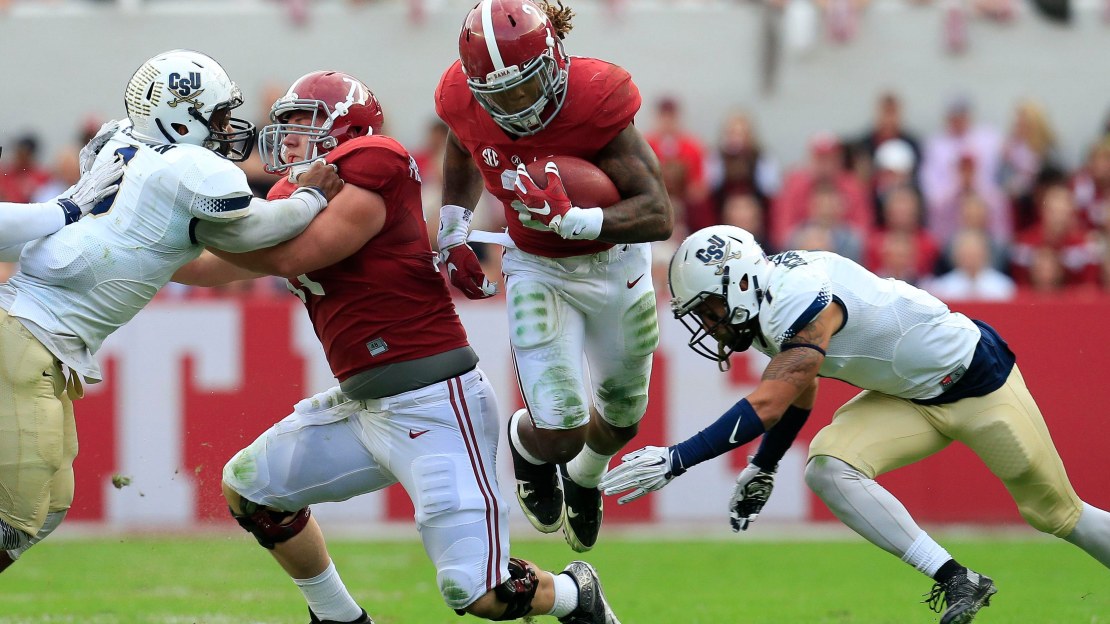 Attention, Big Ten fans: If you missed the Charleston Southern-Alabama game or highlights of it, this post will be of interest.

The SEC Network aired the game Saturday afternoon, and it received plenty of attention (and eye rolls) for using Charleston Southern's FCS ranking – it was No. 8, as one can see from the tweet above – on the telecast's scoreboard graphic.

Got to make the opponents and wins look as good as possible, right? I mean, the postseason is almost here, and strength of schedule is a big component.

This is hilarious, and Big Ten fans will, no doubt, eat it up.