Video: Northwestern holds on to beat Wisconsin in wild fashion 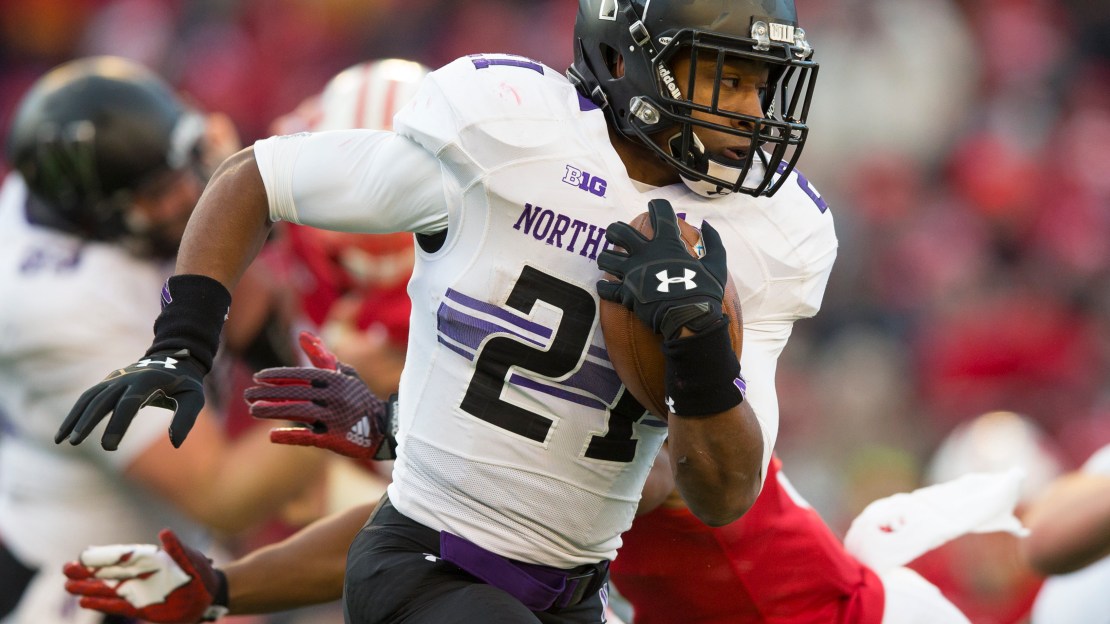 Northwestern's Big Ten West title chances are gone, but that didn't stop the Wildcats from pulling off an incredible road victory over Wisconsin on Saturday.

With less than a minute left and trailing 13-7, Wisconsin drove into Northwestern territory, and it looked like it scored a game-tying touchdown when Joel Stave connected with Troy Fumagalli for a completion down the middle. However,  a review showed Fumagalli's knee was down before the ball crossed the goal line.

On the following play, from the Northwestern 1-yard line, Stave rolled to the right and hit Jazz Peavy for what, once again, looked like a potential go-ahead touchdown. After a review, however, the pass was ruled incomplete, much to the displeasure of the home crowd.

Stave was forced out of the game before Wisconsin's final play due to an injury after a sack by Northwestern's Deonte Gibson. Bart Houston entered in relief, and on Wisconsin's final offensive play, he sailed a pass wide for Tanner McEvoy on 4th-and goal with two seconds left, sealing the victory for Northwestern.

What made this game even more wild is that Wisconsin had what looked like another touchdown called back in the second half. It came with just under six minutes remaining in the third quarter when Alex Erickson returned a punt 75-plus yards for a score.

Not so fast. Erickson made an invalid fair catch signal, waving his teammates off, and the ball was placed at the spot.

ICYMI: This was a gigantic play in the @NUFBFamily-@BadgerFootball game. Was it the right call? https://t.co/y3mUWPuw3g

What do you think, Big Ten fans?