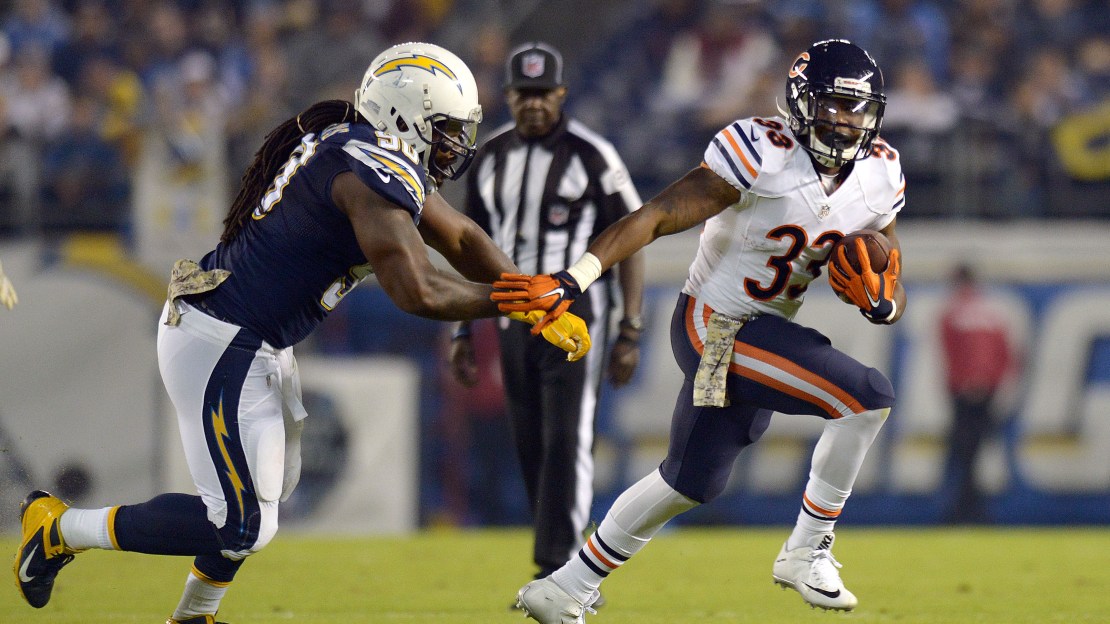 Drew Brees had a Day in a losing effort. #TENvsNO pic.twitter.com/OxoBAawghf

It was another impressive week for former Big Ten stars in the NFL.

Like usual, a pair of quarterbacks made the loudest statements, as Tom Brady (Michigan) and Drew Brees (Purdue) continued to do what they do best.

Brady completed 26 of 39 passes for 299 yards and two touchdowns, his eighth straight game with a least two touchdown passes to open the season, to help New England roll past Washington, 27-10, and move to 8-0. Brees, one week after tossing an NFL record-tying seven touchdown passes, racked up 387 yards passing and three more scoring strikes in New Orleans' loss vs. Tennessee.

There were several other strong stat lines, including Jeremy Langford (Michigan State), who amassed 142 total yards, in his first career start, filling in for an injured Matt Forte.

Check out some of the top Big Ten NFL highlights, courtesy of @NFL, below.

23 yards.
With the burst. With the moves. Down the sideline.
Jeremy Langford, wow. #CHIvsSD https://t.co/fzUZPrsLTe

We all know former @umichfootball WR/TE @D_FUNCH can make some big plays, and he showed it again. https://t.co/oZ3wZ0aFpe (via @NFL)