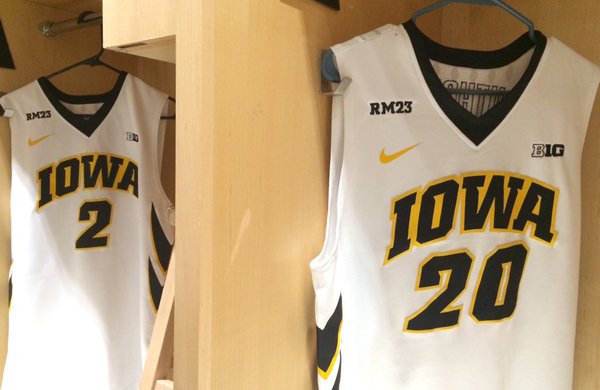 In memory of Roy Marble, RM23 is stitched into Iowa's uniforms this season. #Hawkeyes pic.twitter.com/Io1lV096Io

Roy Marble will be remembered as one of the greatest players in Iowa basketball history. The former Hawkeye great died just under two months ago following a yearlong battle with cancer.

In memory of Marble, the Hawkeyes basketball team will have "RM23" stitched into their uniforms this season.

Check out the photo at the top of this post.

After starring for four years at Iowa, Marble left college as the Hawkeyes? all-time leading scorer. He scored 2,116 points from 1985 through 1989 and the Hawkeyes competed in the NCAA tournament in all four years he was there.

To this day, Marble is the only player in Iowa basketball history to score more than 2,000 career points.

The Hawkeyes will kick off the 2015-16 college basketball regular season on Nov. 13 against Gardner Webb.