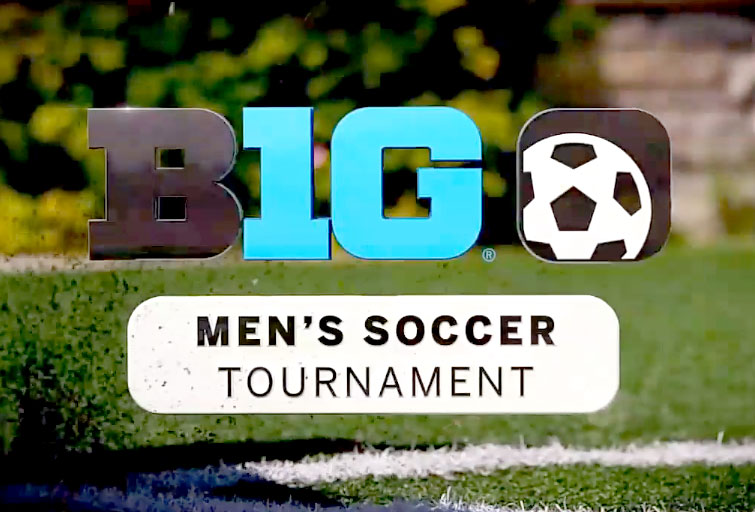 The Big Ten announced the 2015 Big Ten Men?s Soccer Tournament bracket on Wednesday, with Ohio State earning the No. 1 seed after clinching the outright Big Ten Championship with a 3-1 win over Michigan on Wednesday. The title marks the fourth for the Buckeyes, and their first since 2009. The tournament champion will earn the Big Ten?s automatic berth to the NCAA Tournament. Last season, Maryland won the Big Ten Tournament title.

Michigan State earned the No. 8 seed in the tournament, and will take on No. 9 Penn State in the first round on Saturday, Nov. 7, in Columbus, Ohio. Michigan State outlasted Penn State, 2-1, on Oct. 8. Ohio State will host the Michigan State-Penn State winner in the quarterfinals on Sunday, Nov. 8.

Indiana claimed the No. 2 seed after concluding the Big Ten season with a 4-3-1 conference record. The Hoosiers will host No. 7 Wisconsin in Sunday?s quarterfinals. Indiana and Wisconsin will be meeting for the second time, with the Hoosiers claiming a 1-0 victory earlier this season.

Maryland earned the No. 3 seed in the Big Ten Tournament and will host No. 6 Michigan on Sunday in the quarterfinals. The Terrapins and Wolverines played to a 0-0 draw in double overtime on Sept. 11.

BTN will broadcast Ohio State?s quarterfinal matchup with either Michigan State or Penn State at 4 p.m. ET on Sunday. The semifinals will be broadcast live on BTN at 1 p.m. and 3:30 p.m. on Friday, Nov. 13. The championship game will be carried live at 1 p.m. on Sunday, Nov. 15.