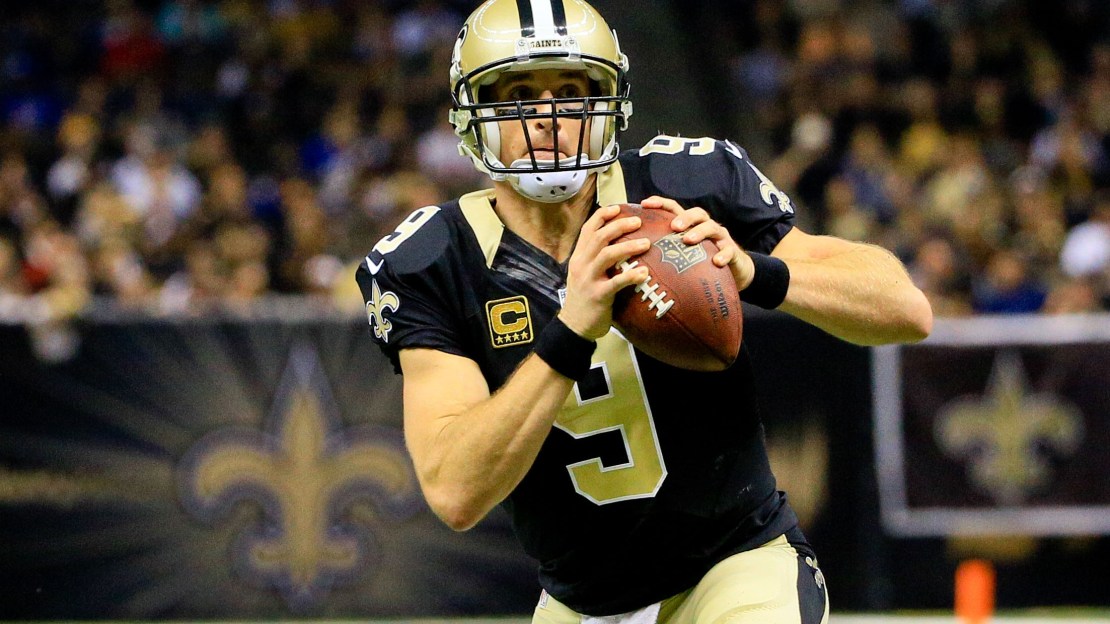 Drew Brees and Eli Manning combined for 13 TDs today.
This is what they all look like. #NYGvsNO https://t.co/28Sb9HX8Du

Think you had a good Sunday? It paled in comparison to Drew Brees' day.

The former Purdue quarterback threw an NFL record-tying seven touchdowns, to go along with a career-high 511 yards passing, to help the New Orleans Saints edge the New York Giants, 52-49, in the most entertaining game of the weekend.

Brees finished the historic day 40 of 50 through the air, good enough for an 80 percent completion percentage, for the non-math majors out there.

Only thing better than getting the win today is spending time with my baby girl afterward on the field!