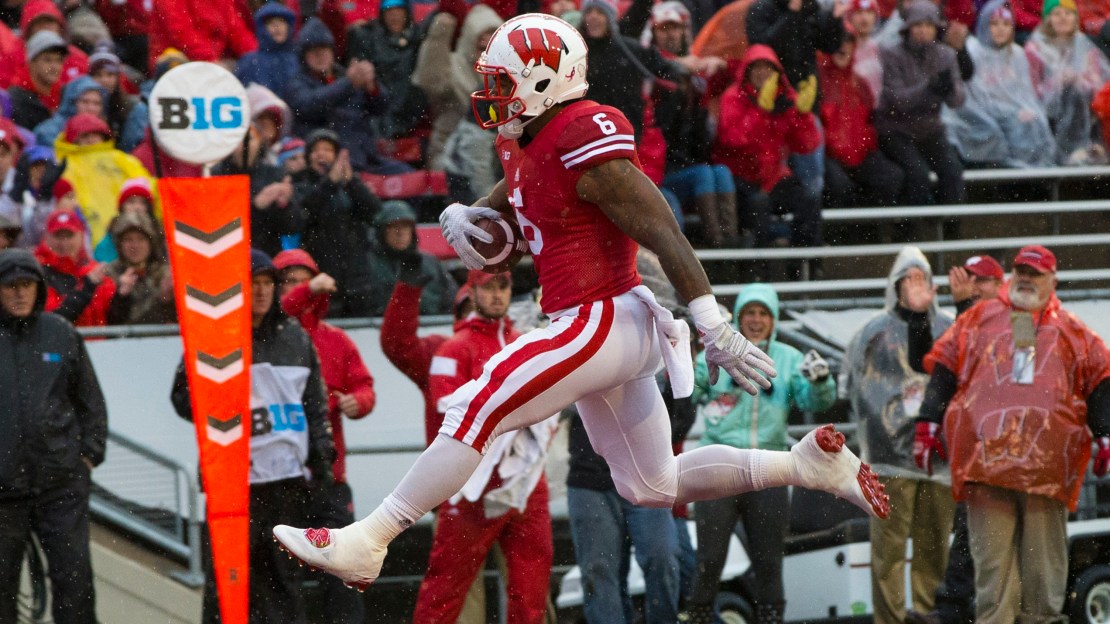 It was great to see Corey Clement back on the field. And, he looked good vs. Rutgers. He will be an NFL player-at least that?s his plan.

After rushing 11 times for 115 yards and three touchdowns Saturday against Rutgers, Clement intimated the NFL remains an option after this season and he will eventually discuss the matter with head coach Paul Chryst.

"Who knows at the end of this year who brings what to the table?" he said. "I've still got to talk to coach Chryst and he'll tell me if it is a good idea or not. But at this time I'm still worried about the next week."

The 2015 season is finally reaching its apex, and Mike Griffith of Mlive.com already is looking ahead to 2016 with a Michigan State depth chart. Because, well, why not? Turns out, next year?s team will look a lot like this year?s squad.

Six true freshmen have played: RB LJ Scott, WR Felton Davis III, LB Andrew Dowell, CB Tyson Smith, SS Grayson Miller and FS Khari Willis. Injuries have had a lot to do with how many young players are finding the field for the No. 6-ranked Spartans.

It has been a tough few weeks for Rutgers. First, it got smoked by Ohio State. Then, it got clubbed by Wisconsin. Big OT Keith Lumpkin isn?t giving up.

But, with the Scarlet Knights standing at 3-5 overall, Lumpkin knows they have little margin for error over the final stretch of the season if they want to avoid finishing below .500 and miss out on the postseason.

"We just have to keep fighting," Lumpkin said Saturday to NJ.com. "As a senior and a leader on this team, I'm going to keep fighting during the week and raise the level of practice with everybody. That's what we have to look forward, is practice."

RU must win three of its last four games. Will it? Here?s the menu: at Michigan; Nebraska; at Army; Maryland. It just may.

Nebraska?s loss at Purdue isn?t being well-received in Lincoln, as you may expect.

But Tom Shatel of Omaha.com says Mike Riley and A.D. Shawn Eichorst aren?t going anywhere. He notes that the Nebraska job would become radioactive among coaches if change was made now. Moreover, it?s not how Nebraska needs to do things. This is Riley?s first year. Give the man some room. But suddenly, there is less room for Riley. And his boss Eichorst. From here on, both will be viewed through a different prism: from the suites down to the cheap seats, and all the other revenue streams.

Few teams are playing better than Penn State, which has won seven of its last eight games. A key to the success: a modified practice schedule.

C.J. Doon of Pennlive.com says facing the grind of the regular season with no break in sight until the Nov. 14 bye, Penn State's coaching staff made a decision two weeks ago to adjust its practice schedule. Practice was trimmed by 12 minutes, and instead of practicing live reps this past Wednesday, the Nittany Lions competed without pads. It was all in an effort to preserve players' health and energy levels, and judging by Saturday's impressive 39-0 win over Illinois, it worked.

"The players made a case for us to modify practice again like we did last week," James Franklin said. "We will look at doing that again."

It was tough to watch Minnesota fumble away a chance to at least tie the Michigan game.

The arrest of J.T. Barrett for OWI over the weekend shook up the college football world. Barrett subsequently was suspended for the Minnesota game, as Cardale Jones will take over after just losing the job to Barrett. So, who is Ohio State's quarterback vs. Michigan State going to be? Will Barrett be back in the job he won a week ago? Or will Jones be the guy again? The gang at Cleveland.com debates.

I think Barrett should get his job back when his suspension is over.

Because Big Ten wins for the Boilermakers have been very few and very far in between in recent years, let?s enjoy Purdue?s win over Nebraska one more time with this photo gallery from GoldandBlack.com.

Yes, it isn?t a Big Ten game, but the absolutely insane end to the Miami at Duke game deserves another look ? and another ? and another. This is that one time-in-237-millionth that the lateral kickoff play works.