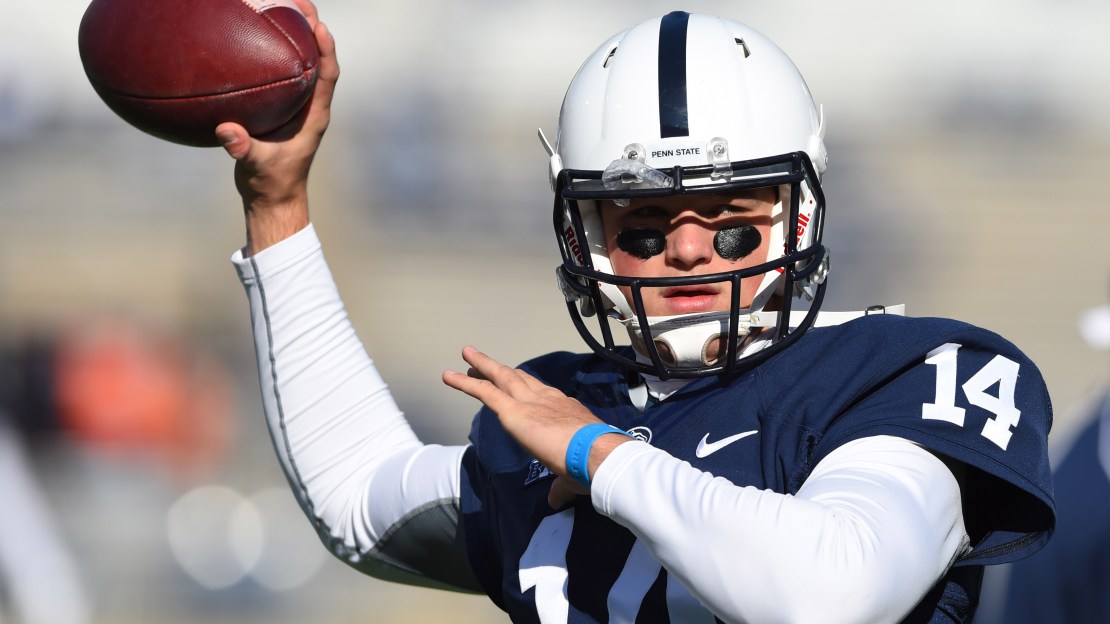 Week 9 of the Big Ten football season had a little bit of everything. We saw Christian Hackenberg have a monster day through the air, and Corey Clement have an outstanding game running the ball.

Who was the most impressive?

Well, that?s what I?m here to tell you!

Here is a look at my top performers from Saturday?s Week 9 Big Ten football action.

1. Christian Hackenberg, QB, Penn State. This is the Christian Hackenberg we have been waiting for! The Nittany Lions' junior quarterback completed 21-of-29 passes for 266 yards and two touchdowns. Oh, and did I mention he caught a TD pass, as well? Hackenberg has now thrown for 260-plus yards and two-or-more touchdowns in three of Penn State's last four games. And guess what? All three have resulted in victories.

2. Corey Clement, RB, Wisconsin. The Badgers' star RB is back, and that's a good look for this Wisconsin football team. Clement had a huge day, totaling 11 totes for 115 yards and three rushing touchdowns in Wisconsin's 48-10 victory over Rutgers. Clement helped lead a Badger rushing attack that outgained Rutgers, 209-83 on the ground. That's impressive.

3. David Blough, QB, Purdue. Darrell Hazell's wait for a Big Ten home victory is over, and he has freshman QB David Blough to thank for that. Blough completed 28-of-43 passes for 274 yards and four touchdowns in Purdue's 55-45 win over Nebraska. The Boilermakers' QB also rushed 10 times for 82 yards and a score. This kid is going to be really, really good.

4. Anthony Brown, DB, Purdue. Blough was the star of Purdue's offense on Saturday, but it was Brown who stole the show on defense. The Boilermakers' senior cornerback recorded an eye-popping three interceptions in Purdue's 55-45 victory over Nebraska. He also added four tackles and a pass breakup in the win.

5. Saquon Barkley, RB, Penn State. This youngster continues to get better and better every week. He was outstanding again on Saturday, totaling 20 carries for a game-high 84 yards and a touchdown to lead Penn State to a 39-0 win over Illinois. The Nittany Lions' freshman tailback also added three catches for 58 yards in the victory.

7. Desmond King, Iowa. This guy looks like the best cornerback in America this season. He was great on Saturday, recording his seventh interception of the season, which he took 88 yards for a touchdown in Iowa's 31-15 win over Maryland. That interception ties King for the NCAA lead for interceptions.

8. Mitch Leidner, QB, Minnesota. Leidner was great in Minnesota's 29-26 loss to Michigan. The Gophers' quarterback completed 16-of-33 passes for 317 yards and a touchdown in the game. He also added 37 yards and a rushing touchdown as well.

9. DeAngelo Yancey, WR, Purdue. This guy was a big play machine for the Boilermakers on Saturday. Yancey hauled in five catches for 111 yards and two touchdowns as Purdue picked up its first Big Ten win of the season. Yancey is now averaging nearly 19 yards-per-catch this season.

10. Jordan Westerkamp, WR, Nebraska. Westerkamp was one of the lone bright spots for the Huskers on Saturday. The senior wideout had nine catches for 123 yards and a touchdown in Nebraska's 55-45 loss to Purdue. He has now recorded five-or-more catches in six games this season.