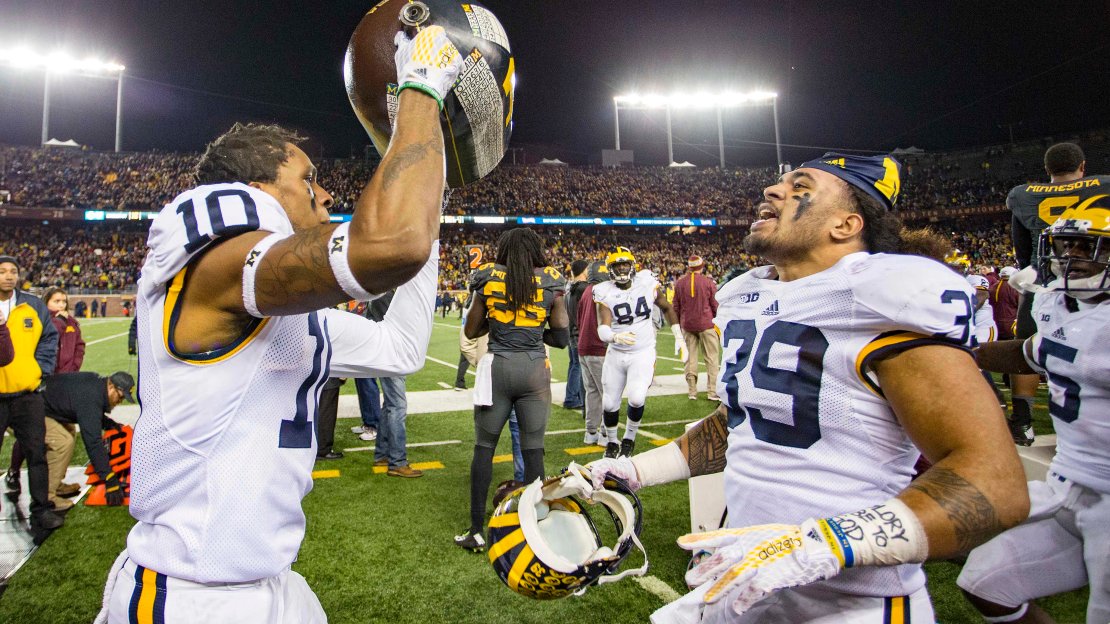 The 2015 college football season has been filled with plenty of wild and crazy finishes.

There was another one on Saturday, and this one came in a primetime matchup between Michigan and Minnesota.

Trailing 29-26 with under 30 seconds remaining in the game, Minnesota quarterback Mitch Leidner threw a perfect fade pass to Drew Wolitarsky, which was inititally ruled a touchdown. However, the replay showed his knee was down at the 1-yard line with 19 seconds remaining on the clock.

The refs then spotted the ball and started the clock, which it looks like the Gophers did not realize. They nearly let time expire before Leidner threw an incomplete pass with 2 seconds remaining.

Minnesota decided to go for the win, but Leidner's QB sneak attempted was stuffed at the goal line as Michigan held on to win, 29-26.

Check out the final sequence of plays at the top of this post.