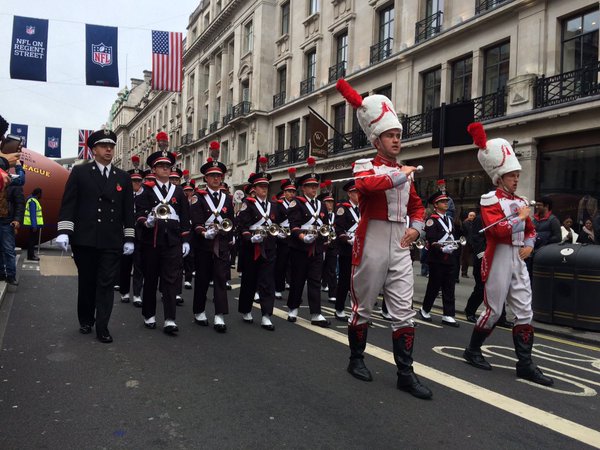 We CAN'T WAIT to see what @TBDBITL are going to do at Wembley. ????

Can they top the Batman?!https://t.co/8iDCsv8Avn

When you're the Ohio State marching band, you get to do really cool stuff.

For example, you get to perform pregame at an NFL game in London.

That's exactly what The Best Damn Band in the Land will do prior to this week's Buffalo Bills and Jacksonville Jaguars game at Wembley Stadium in London.

See some pictures from the marching band's experience in London below:

We got to explore some of the amazing sights of London tonight. Tomorrow, we'll be marching down Regent St.! pic.twitter.com/IYIjNTKwDJ