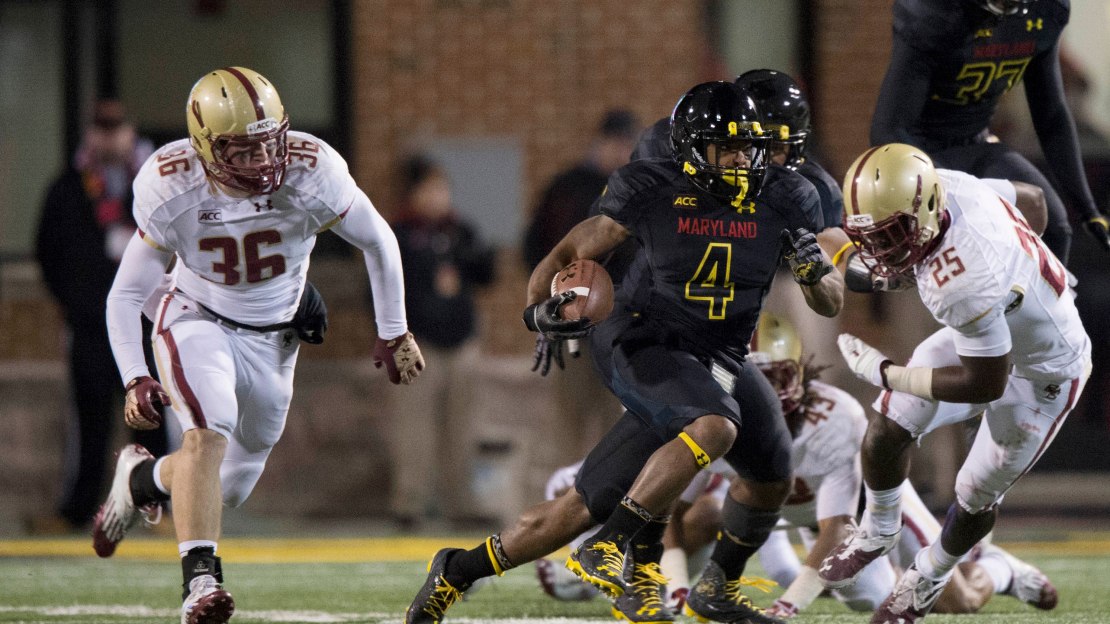 Which Big Ten football team has been the most impressive through seven weeks of the college football season? That is one of several questions we ponder as we head past the midway point of the season.

Were there more exciting games from start to finish? Yes, probably. But good luck finding a game with a more thrilling finish than this one. Jalen Watts-Jackson picking up the muffed punt and returning it for a touchdown is a play that will go down as one of the greatest in college football history. – Sean Merriman, BTN.com (@BTNSean)

Iowa has shocked the Big Ten by racing to a 7-0 start that no one saw coming. Expectations were modest in Iowa City when 2015 dawned, as the Hawkeyes were coming off a 7-6 season capped by a lackluster loss to Tennessee in the TaxSlayer Bowl. But a change at quarterback has invigorated a once-pedestrian offense, and the defense is playing with an edge. As a result, the Hawkeyes are primed to win the Big Ten West for the first time with a good shot to finish the regular season 12-0. – Tom Dienhart, BTN.com (@BTNTomDienhart)

It has to be Maryland. Randy Edsall improved his team from two wins to four wins to seven wins in his first three seasons, including back-to-back bowls. It's not just that the Terps have been bad, but they don't seem to be playing inspired football. – Braden Gall, Athlon Sports/SiriusXM

Elliott picked up where he left off last season, and he's on a streak of 12 straight 100-yard games. He put the Buckeyes on his back with 274 yards and three TDs against Indiana. Elliott can still make a run at the Heisman Trophy, and his numbers should improve with J.T. Barrett as the starter. – Bill Bender, Sporting News

Anytime you break a record held by Iowa legend Nike Kinnick, you're doing something pretty incredible. Likely set a new Big Ten record with 233 punt return yards and a touchdown in a Week 1 win over Richmond. He also had two kickoff returns for 63 yards. That's nearly 300 yards on special teams. Incredible. – Merriman

Nassib came to Penn State as a walk-on in 2011, long ? lean ? and years from making an impact-if ever. Look at the Penn State senior now. The 6-7, 272-pound Nassib has developed into a pass-rushing force who through seven games leads the nation in sacks (11.5) and tackles for loss (15.5). He also has an interception and has forced a Big Ten-high five fumbles. Ladies and gentlemen, this is your Big Ten Defensive Player of the Year. – Dienhart

A three-way tie could very easily happen atop the Big Ten East and the College Football Playoff Committee could eventually decide who plays in the Big Ten title game. (H/T: Tom Dienhart) – Gall

Michigan?s Jim Harbaugh and Iowa?s Kirk Ferentz are close, but Dantonio guided the Spartans through a season riddled with injuries on both sides to a familiar spot. The Spartans are 7-0 and in the hunt for a Big Ten championship. We shouldn't be surprised at all.- Bender