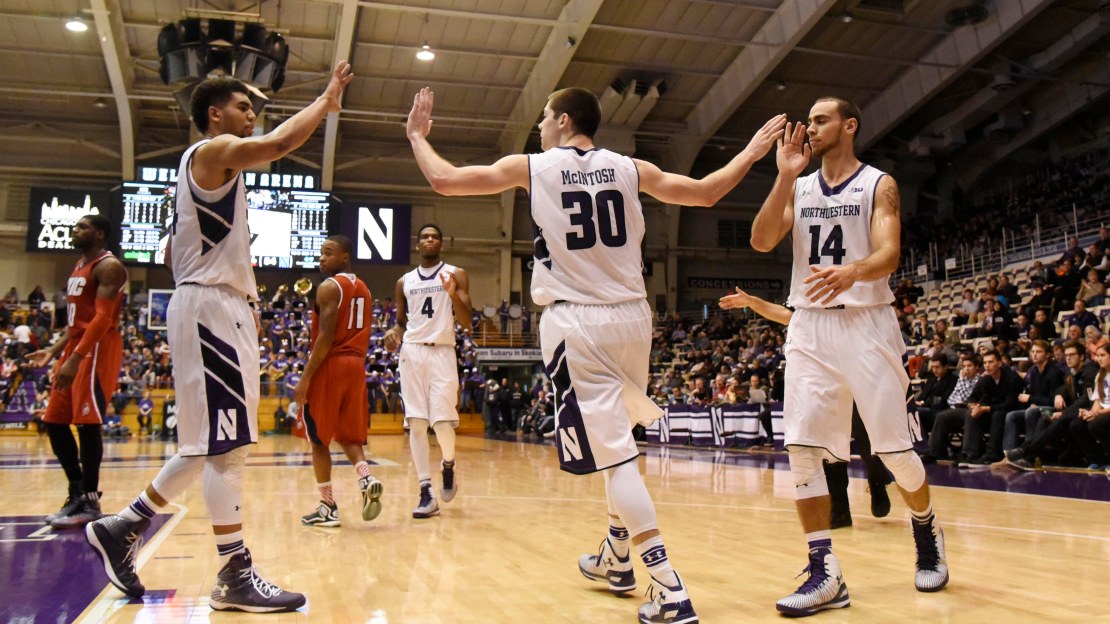 In October and early November, you?ll see a lot of preseason reports. Now is the time that we college basketball analysts get our first real look at some of the teams we?ll be covering this season.

[ MORE: Power Rankings: NU comes in at No. 8 | Relive our media day coverage ]

Tuesday, I was given the chance to take the train north to Evanston to check in on Chris Collins and the Northwestern Wildcats.

Although I have not always covered the Big Ten as an analyst, I played in this conference and have always followed it closely. In my experience, certain things have become constant. Michigan State would always be at (or near) the top and Northwestern would always be at (or near) the bottom. While Tom Izzo and his Spartans have given me no reason to change my stance on that, Collins and his staff have something special brewing for Big Ten foes this season.

When I watch practices, I use two initial tests. The first is obvious, and it's the eye test. How does this team stack up in regards to their skill and athleticism? The second is the closed eye test. I?m not referring to shoe squeaking and listening for the swish as the ball goes through the net; I?m listening for energy and enthusiasm. I can tell you from experience, as someone who never passed the eye test, our 2000-01 Penn State team beat better teams because of our enthusiasm, energy and a belief in what we were trying to accomplish as individuals and as a unit. What makes this Northwestern team special is that they pass both tests.

Got a peek @NUMensBball at practice this afternoon. Also great to catch up with these Jersey guys. Recap to follow. pic.twitter.com/gIQhE7Tbhq

Walking into Welsh-Ryan Arena, you can feel the energy in the building. It felt more like what I observed at Shaka Smart?s VCU practices last season than what you?d expect from an Ivy League-like Big Ten school. The energy was high. Communication was constant and contagious. This is important because this is how you build a culture that plays and practices to win. I got the sense that this team has a belief in itself. They have a coach that played with confidence and swagger and that mindset has been transferred to his team. If you look back at last season, there were numerous close games that were lost down the stretch. If last year?s team had the swagger and belief that this team seems to have, a lot of those games could have gone the other way. There?s clearly a new culture and new attitude in Evanston. This team no longer expects to compete, they expect to win.

Anyone who played basketball in the Big Ten and was being honest would admit that Northwestern has never been the most intimidating looking team in the conference. Pregame layup lines certainly weren?t going to attract any crowds either. That?s not the case with the 2015-16 Wildcats. Length and athleticism was apparent in every drill. Aside from the ever-impressive and versatile Vic Law, 6-foot-10 Virginia Tech transfer Joey Van Zegeran is the most athletically impressive Wildcat I?ve ever seen. Not only will this pay dividends come game time, Van Zegeran adds depth inside and is helping to develop the skills of Alex Olah and dynamic freshman Derek Pardon by picking up the level of competition in practice.

Guard play never seems to be an issue for teams these days as it seems as if everyone under 7-feet tall is a guard. Tre Demps leads a versatile and dangerous group of backcourt mates, including the aforementioned Law, sophomore Bryant McIntosh, Scottie Lindsey and one of the purest jump shooters you?ll see this year in 6-foot-8 freshman Aaron Falzon.

Skill, athleticism, swagger, expectation and a belief in themselves will be what takes this team to the next level. The 2014-15 Wildcats showed us that they can compete in the Big Ten. This year?s team will show us that it can win. I expect Northwestern to finish eighth in the Big Ten, which should secure an at-large big in the NCAA tournament.