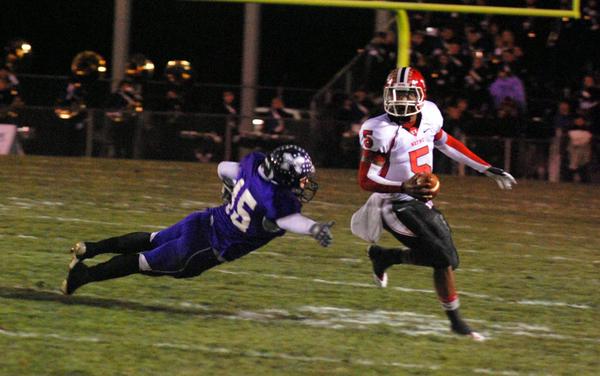 The vintage 2010 picture received more than its share of attention Tuesday on social media, and for good reason.

This is a picture from Schwarber's last football game, on Nov. 6, 2010, before he decided to focus solely on baseball, as Miller's Wayne High eliminated the then-linebacker's Middletown High.

Fast forward five years, and Schwarber, the No. 4 pick in the 2014 MLB draft, is a can't-miss rookie starter for the Chicago Cubs, who are in the NLCS, and Miller, a quarterback-turned-receiver, is a two-time Big Ten Offensive Player of the Year and one of the biggest weapons on the No. 1 football team in the nation.

Relive our "Bash Brothers" feature on Schwarber and Sam Travis:

Also, if you're wondering, here's what kind of linebacker Schwarber was: