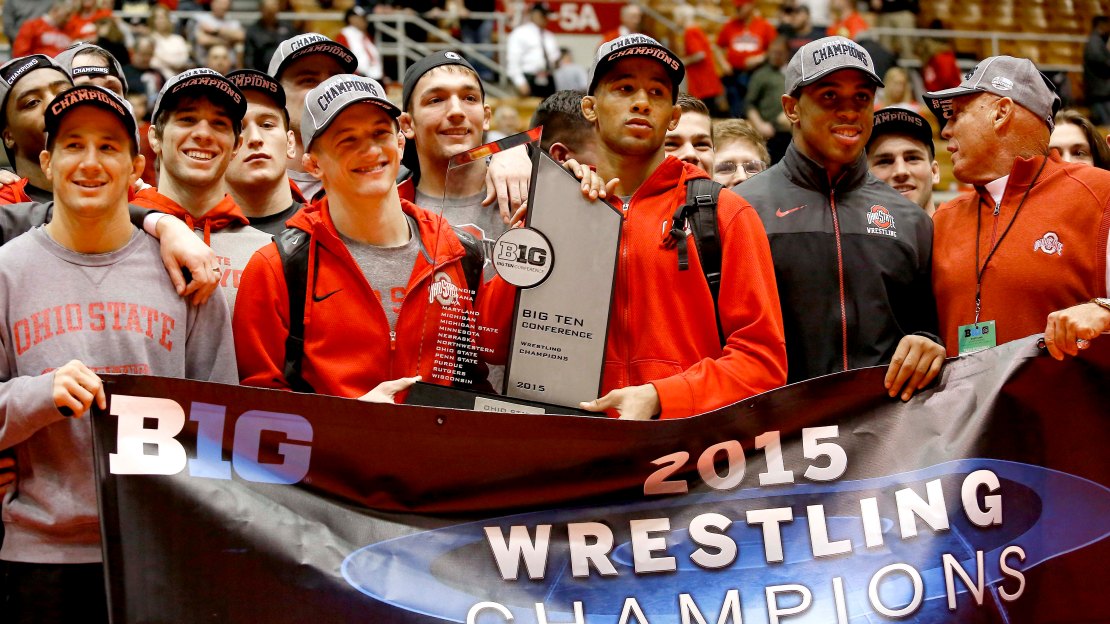 With the Big Ten seeking its 10th consecutive wrestling national championship, BTN?s 2015-16 wrestling coverage, presented by returning sponsor Cliff Keen Athletic, will take fans along for the ride with some of the most noteworthy matchups of the season.

The schedule includes the Midlands Championships hosted by Northwestern; a key matchup between Ohio State and Penn State, winners of the past five national championships; the NWCA National Duals; and coverage of the Big Ten Wrestling Championships in Iowa City. The championships? final session will be televised live at 4 PM ET on Sunday, March 6.

Additionally, BTN Plus on BTN2Go will carry at least 73 matches, a new record-high. A large number of those streamed events will be televised on delay as part of BTN?s Student U initiative.

BTN will also debut a new wrestling show on Monday, Jan. 11. B1G Mat Attack will compile the conference?s most exciting dual matches from the previous weekend to be showcased on Monday nights.

According to InterMat?s rankings, the Big Ten has three of the top four squads in the country with No. 1 Penn State, No. 3 Iowa and No. 4 Michigan. Also projected in the top-10 is No. 7 Nebraska and No. 8 Ohio State. The Buckeyes claimed their first team national title in program history last season, capturing 102 points to finish ahead of the second place Iowa Hawkeyes.

All matches can also be streamed via the web, smartphones, tablets and connected devices on BTN2Go, BTN?s digital extension.