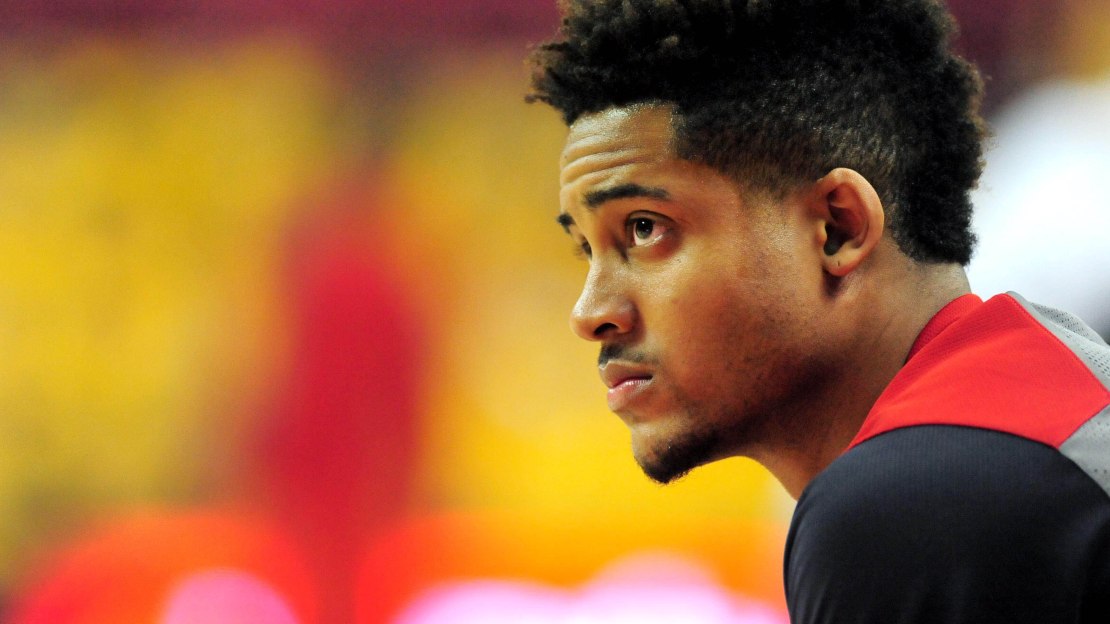 Maryland was picked as the Big Ten preseason favorite at last week's media day and it is the highest ranked Big Ten team (No. 3) in the recently released preseason Coaches Poll.

So, it should come as no surprise that Mark Turgeon's loaded and talented Terrapins squad tops my preseason Big Ten Power Rankings, presented by ArcelorMittal.

1. Maryland. NBA talent, balance and depth equals basketball eye candy. The loss of Dez Wells hurts, but the Terps will be tops in the nation if Melo Trimble emerges as a leader early this season. Diamond Stone is the dominant inside presence that the past few national champions have benefited from.

2. Indiana. The Hoosiers are the Golden State Warriors of college basketball with Yogi Ferrell, James Blackmon Jr. and Troy Williams leading the way. If you played the way I did, you?d know that sometimes the best defense is a fast and potent offense.

3. Purdue. A.J. Hammons, Isaac Haas and Caleb Swanigan give the Boilermakers the best frontcourt in college basketball. Matt Painter?s crew should be a top 10 team if perimeter questions are answered in non-conference play. Perimeter shooting will be key to their inside dominance.

4. Michigan State. While I won?t pick them to make the Final Four, I know better than to count any Tom Izzo team out. What they lack in size, they make up for in toughness, experience and a championship attitude and expectation. Tum Tum Nairn needs to be this team?s Mateen Cleaves.

5. Wisconsin. Bronson Koenig sparked the offense last year when Traevon Jackson went out with an injury. He may be one of the most underrated scorers and play-makers in the Big Ten. Like most Bo Ryan teams, this Badger crew won?t beat themselves, and that?s usually a recipe for success in Big Ten play.

6. Illinois. The Illini come in as a bit of a sleeper because we haven?t seen them at full strength due to injuries and suspensions last season. A healthy Illini team will beat a lot of good teams this year and will likely emerge in the middle of the pack. Malcolm Hill will emerge as one of the top guards in the conference.

7. Iowa. The Hawkeyes' four returning starters will lead the way for Fran McCaffery and will keep this team competitive on a national level. Keeping key players on the floor and avoiding foul trouble will be a key to their success. Jarrod Uthoff will finally get the national recognition he deserves as one of the country?s elite.

8. Northwestern. Nope, this is not a typo. Chris Collins and his bunch expects to win, and I can?t find a reason to disagree. Tre Demps helps bring out the best of the highly touted Vic Law and get used to hearing the Wildcat students chant (Alex) "Olah!" Northwestern should look to pick up momentum heading into Big Ten play with a manageable non-conference schedule.

9. Michigan. A healthy Caris LeVert will be a pleasure to watch and a terror to defend this season. John Beilein?s Wolverines will sneak up on non-conference opponents because of skilled newcomers like (transfer) Duncan Robinson and Aubrey Dawkins. On a side note, when I grow up, I want to be Spike Albrecht.

10. Ohio State. Jae?Sean Tate is this year?s Dez Wells. While he is not an upperclassman, his experience will pay dividends in Big Ten play as he?ll be called on to lead yet another incredibly talented Thad Matta recruiting class. If AJ Harris and JaQuan Lyle pass the ball as well as we hear, youth may prevail and Ohio State will surprise us all.

11. Penn State. Pat Chambers has established a positive culture around basketball in Happy Valley. That was the first step in creating a consistently competitive program. A lot of last season?s close games will go the Nittany Lions? way in 2015-16 because of better balance and depth. Signs of improvement turn into results this season for Chambers and crew.

12. Nebraska. Shavon Shields needs to shine this season as the veteran of a young team. Tim Miles will call upon Kansas transfer Andrew White and Aussie freshman Jack McVeigh to be an immediate impact in order to compete in yet another tough Big Ten conference.

13. Minnesota. Minnesota lacks that go-to tone-setter that Richard Pitino will need to compete with an inexperienced team. Although, relishing the underdog roll could be the ?chip on the shoulder? the Gophers will need to work back toward the middle of the pack.

14. Rutgers. With new and legitimate talent on campus, the focus has to be on developing a winning culture for Eddie Jordan and the Scarlet Knights. Using their athleticism and versatility to become a lock-down defensive team could be the key to staying in games and having a chance to win close games down the stretch.