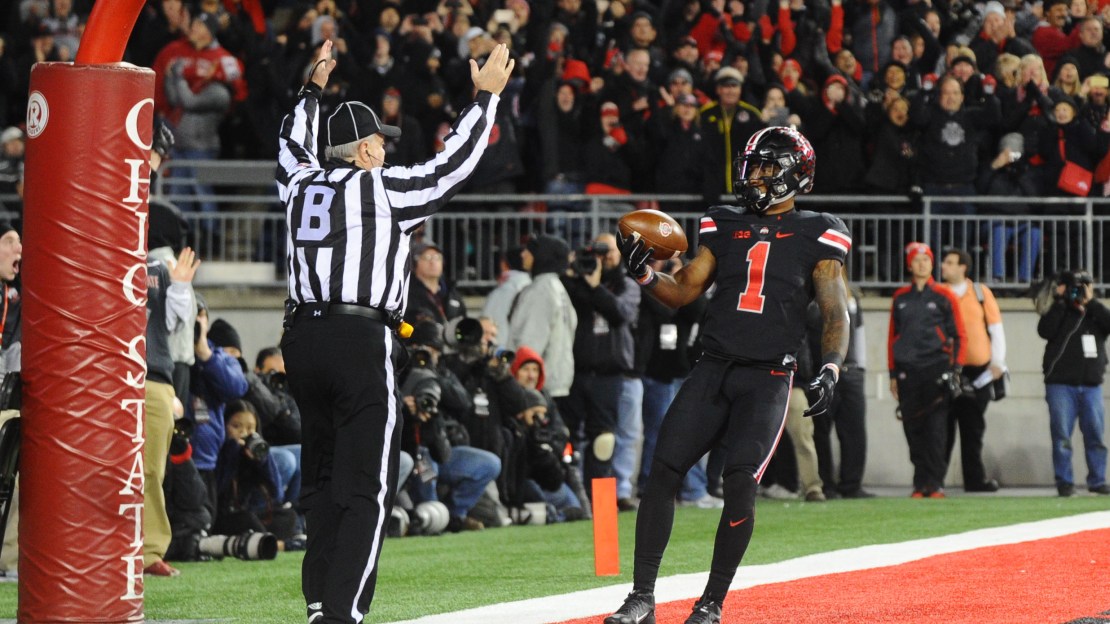 Braxton Miller needs no introduction to any college football fan.

The Ohio State quarterback-turned-receiver is a two-time Big Ten Offensive Player of the Year, and he just so happens to be one of the game's most electrifying players.

Saturday night, however, Miller opened the game as Braxton "Miler," due to an omitted character on the nameplate of his all-black alternate uniform that Ohio State debuted in its convincing 38-10 win vs. Penn State.

No worries, the error was quickly noticed, and Miller was donning "Miller" on his back in the first quarter.