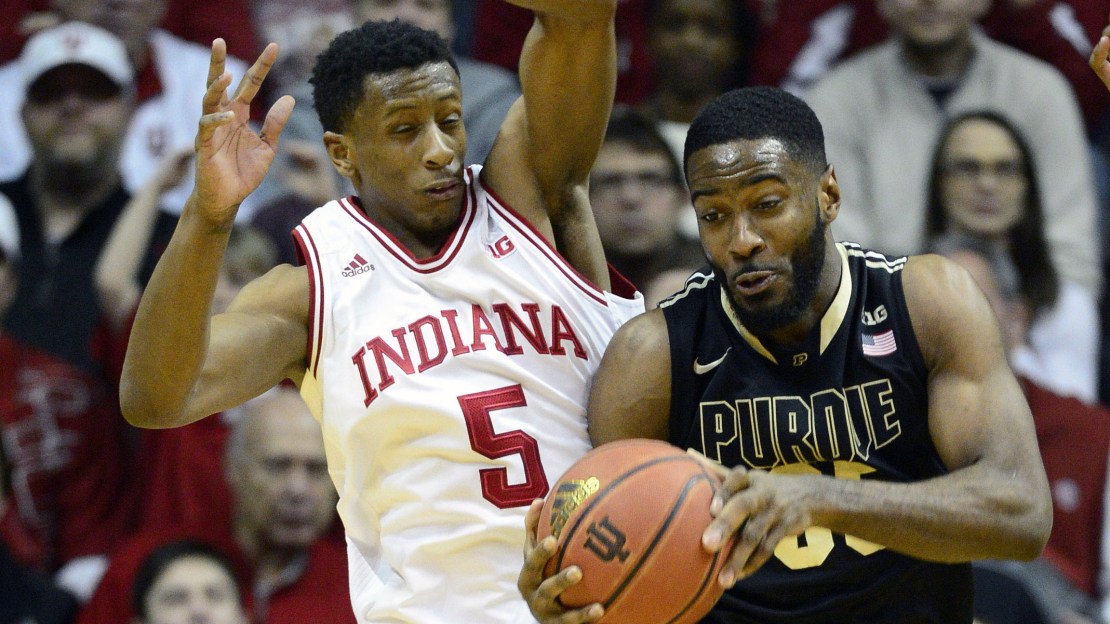 No one needs to tell Tom Crean about expectations for his Indiana team this season, and the same goes for Matt Painter at Purdue. They both know. They both get it. They understand where they live and what their job descriptions require.

This is the state of Indiana, where the first basket had to have been nailed to a barn shortly after the place was granted statehood. Basketball isn?t a passion. It?s not a religion. It?s a life. The state and the game of basketball are interwoven, part of the DNA and fabric of anyone born and bred in places like Churubusco, Tell City, Marion and Martinsville. They all should have a lot to celebrate this winter at Indiana and Purdue.

It has been a while since both programs were rolling in unison. The last hey-day when both Indiana and Purdue were among the nation?s elite was the 1980s, when Bob Knight and Gene Keady had spirited battles on cold, snow-swept Indiana nights in hot arenas packed to the rafters with pep bands blaring. You may recall there even was a chair thrown in one famous matchup back in 1985.

Both programs were ranked often in the roaring 1980s. The Hoosiers won national titles in 1981 and 1987. The Boilermakers won Big Ten titles in 1984, 1986 and 1987. This rivalry mattered not just in the state of Indiana-but also on a national level. And that has been what has been missing from the Indiana-Purdue series. But this year?s teams and this year?s games could make IU-Purdue relevant from coast to coast-not just within state boarders. The tragedy: The teams meet just once this season, playing on Feb. 20 in Bloomington.

Flip through any preseason hoops magazine, and you?ll see Indiana and Purdue picked near the top of the Big Ten. And, for good reason.

Now, this Indiana squad could be one of Crean?s best. There is plenty of offensive talent led by point man Yogi Ferrell. And James Blackmon, Jr., Robert Johnson and Troy Williams are dangerous options. That?s why Crean is planning on using an up-tempo system once again. But the difference from last year: He wants his team to attack the basket off the dribble in hopes of getting easy hoops as well as trips to the free-throw line.

?We're trying to get our young freshmen adjusted,? said Crean. ?(Michigan transfer) Max Bielfeldt has been a tremendous addition to our team. But we've got a long way to go when it comes to getting that durability and that resiliency that we're going to need to be successful. But I'm excited to work with them. They have a great attitude. Their work ethic is outstanding. Our spring, summer, and fall of training and conditioning has been excellent.?

Speaking of freshmen, it?s the arrival of 6-10 newbie Thomas Bryant that has hopes high in Bloomington.

?With Thomas Bryant who has had a great summer for us,? said Crean. ?I've never had anybody that made the jumps he made athletically. He went up nine inches in his vertical jump in seven weeks and got guys that have not gone nine inches in four years. And need him to get a lot stronger. He's only practiced one day for us so far, full practice, because he had a sore arch in his foot. So we, basically, kept him out. And he's just starting to come back now in a little bit of noncontact work.?

While scoring doesn?t figure to be an issue, defense could be. It was last season during a 20-win season that was adjudge a disappointment by some because IU was just 9-9 in the Big Ten and lost in the second round of the Big Dance.

Crean knows he must feed the beast that is Indiana basketball, a program that has five national championships, made it to eight Final Fours and won 21 Big Ten titles.

The resume isn?t quite as long or glossy at Purdue. But the excitement is bubbling along Northwestern Avenue in West Lafayette. Purdue could have its best team since the 2009-10 squad finished 29-6 and won a share of the Big Ten title and advanced to the Sweet 16. The Boilermakers finished second the next season, but the program hasn?t advanced to the second weekend of the Big Dance since 2010.

?We're excited, like everybody else, to start the season,? said Painter. ?It's tough to really try to build on what we did last year, but also the injuries, make improvements but also be healthy. I want a really good shot to be really healthy. Keep our fingers crossed. Just trying to get better through practice and competition without injuring ourselves.?

This will be a rugged bunch of Boilermakers, a big, physical team. The centerpiece will be 7-0 A.J. Hammons, back for what should be a big senior season.

?I think this is consistent,? said Painter. ?I think that is the most important piece about him. His motor is something that's always going to be questioned. He has the ability to be a better sprinter. Just challenging him to have that complete season. I like our team. You have somebody that can affect the game on both ends, you know, when they go, play well, and help everything — erase mistakes. He's going to change some things.?

The Boiler beef doesn?t end there. They also have the massive 7-2, 282-pound sophomore Isaac Haas. And the guy who has tickets flying out of the Mackey Arena box office is freshman Caleb Swanigan. The cool kids call him ?Biggie.? and it make perfect sense. The 6-9 Swanigan was one of the nation?s most ballyhooed recruits, a 260-pound man-child who reminds some of former Ohio State star Jared Sullinger.

While size matters, the Boilers may go only as far as their shooting takes them. This is a team that has struggled to consistently hit the outside shot. And, there figures to be plenty of opportunities to bomb from the exterior with defenses focused on the Purdue big men.

The Boilermakers will be counting on Kendall Stephens, Dakota Mathias and freshman Ryan Cline to drain long jumpers. If they deliver, it could be a big season on Purdue?s red-brick campus.

?There's so many good teams in our league,? said Painter. ?And it's very difficult to beat them anywhere. We're just excited for this team. I think when you see how good the (Big Ten is) — you step up. We all have to do our part.?