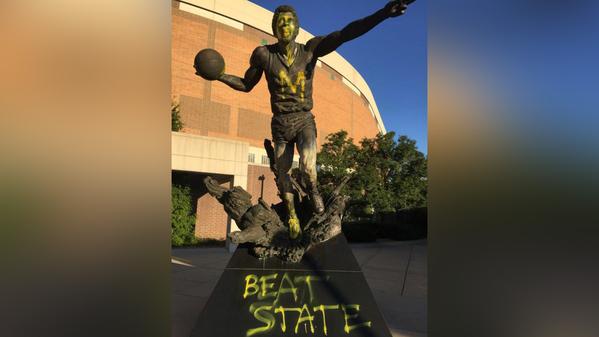 It looks like there is a new wrinkle in the Michigan State vs. Michigan rivalry, and this one certainly won't sit well with Spartan fans.

The photo can be seen at the top of this post.

It appears Michigan fans painted Johnson's face in maize, while also adding a Michigan "M" on his chest. The words "Beat State" were also spray painted at the base of the statue.

Of course, this comes just two days before Michigan State and Michigan are set to battle in a Top 15 matchup on the gridiron. This is the first time these teams are meeting when both are in the Top 15 since 2003.