Submit a video and win The Belt from our football analysts 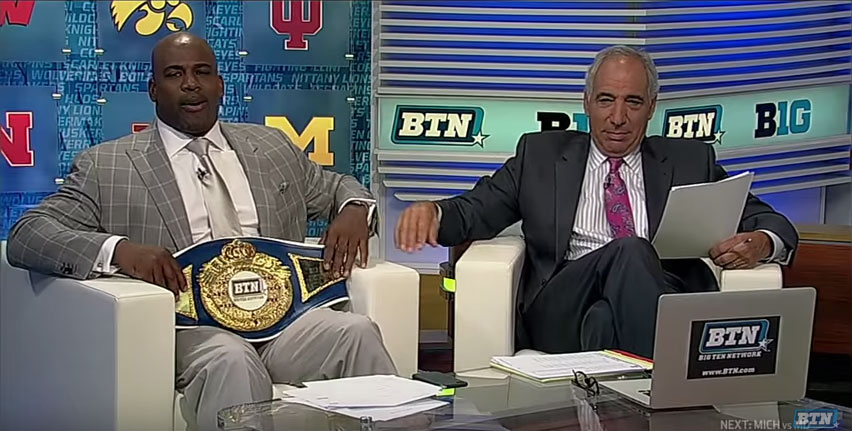 For the past five years Gerry DiNardo and Howard Griffith have battled each Saturday for the right to wear ?The Belt,? the reward for picking the most winning games on BTN's "Big Ten Football Pregame Show." Now you can get involved by sending us a quick video, and you may even get to raise ?The Belt? victoriously yourself. Here?s what you do:

THIS WEEK'S GAMES TO PICK:

Need an example? Check out the videos below previous weeks. That could be you. The most creative submission will be featured in Saturday morning?s "Big Ten Football Pregame Show." The fan will also be featured in BTN?s "The Final Drive" as Rob from Wilmette, IL was after he captured ?The Belt? in Week 1.