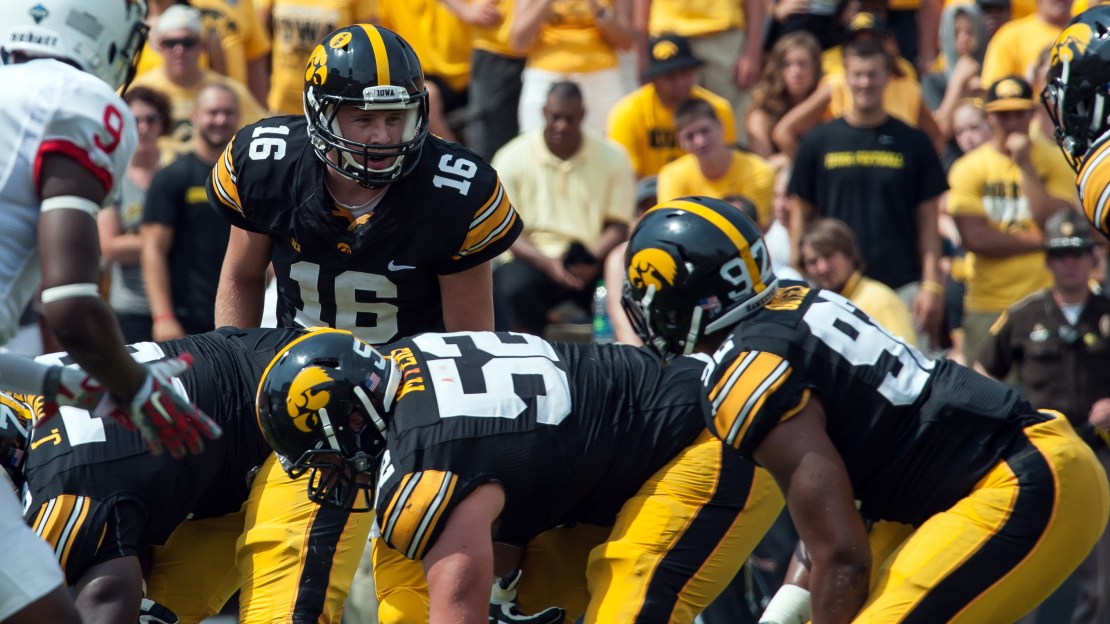 Iowa is one of four remaining unbeaten Big Ten football teams heading into Week 6 of the college football season. The other three are Ohio State, Michigan State and Northwestern.

The Hawkeyes' success can be credited to outstanding quarterback play, a stout defense, and most important, incredible play from the offensive line.

So, how good has this Iowa o-line been this season?

Well, check out what Wisconsin linebacker Joe Schobert had to say about the Hawkeyes' o-line following Wisconsin's 10-6 loss to Iowa last weekend. This quote came from an article in Wednesday's edition of The Gazette, via the Dubuque Telegraph Herald.

?I put them on par with Alabama, maybe even a little more,? Schobert told the Dubuque Telegraph Herald. ?They want to hit you more than Alabama wants to hit you. Alabama is a good, physical offensive line, but I think Iowa kind of takes it to that next step and wants to run at you and wants to physically punch you. We knew that coming in and they lived up to it today. It was just great competition between us and them.?

Iowa ranks third in the Big Ten this season in scoring offense, averaging more than 32 points per contest.

The Hawkeyes are set to take on Illinois at noon ET today.