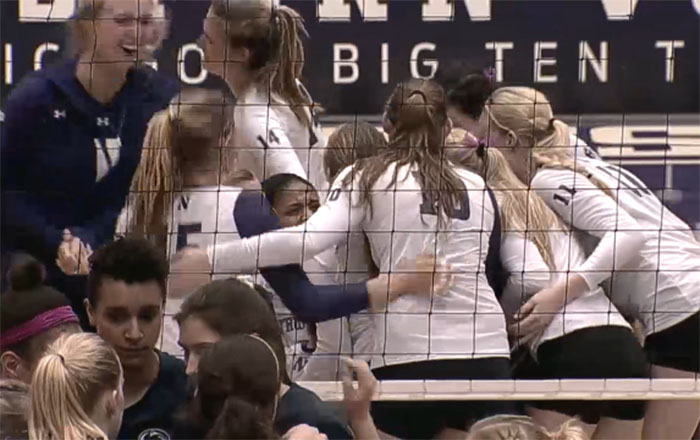 "It's an incredible feeling. Penn State is a very high-profile, well-known program," sophomore Taylor Tashima said. "We knew, coming into this game, we had to come to play."

Tashima logged a match-high 52 assists - passing the 1,500 assist mark in her career. She also recorded her sixth double-double of the season, tallying 10 digs.

By her side, sophomore Symone Abbott and junior Kayla Morin had 17 and 15 kills, respectively. Morin had her second double-double of the season, recording a season-high 14 digs.

The 'Cats handed the Nittany Lions only their second loss of the season. The victory was the first one over Penn State for NU since Nov. 23, 2002.

"I thought we hit the best we've hit all year," said head coach Keylor Chan. "You have to challenge the block, you have to take risks, and if they block you, so be it."