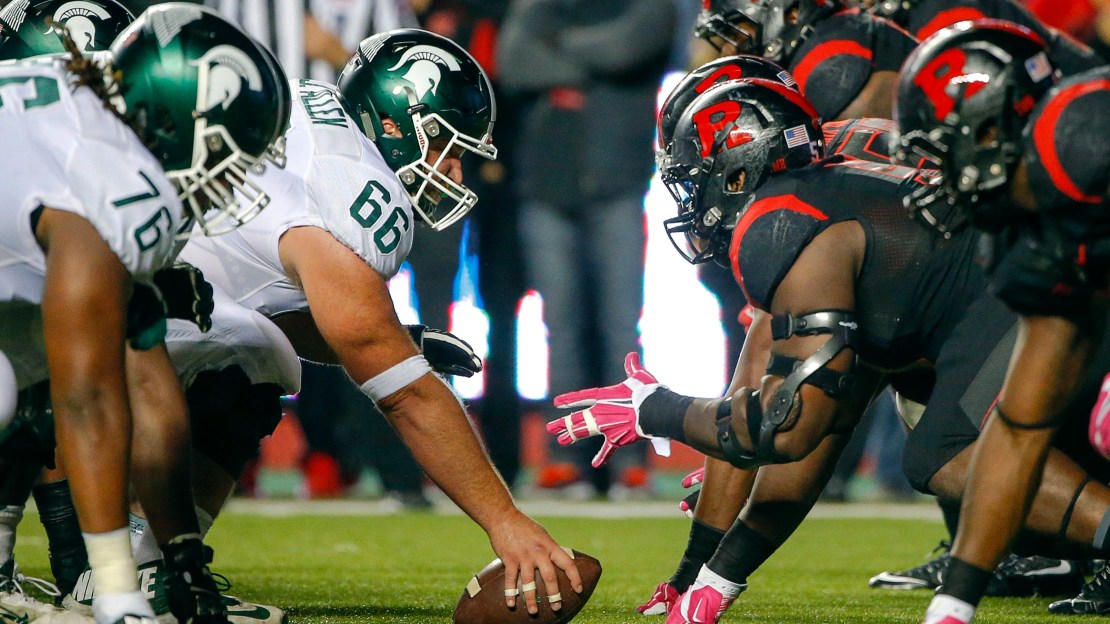 (AP) Freshman LJ Scott scored on a 3-yard run with 43 seconds to play and No. 4 Michigan State won ugly for the second straight week with a 31-24 victory over Rutgers on Saturday night.

Scott, who did not play in the first half, also scored on a 1-yard run to help the Spartans (6-0, 2-0 Big Ten) win their 10th straight game. They overcame an impressive return by suspended Rutgers senior receiver Leonte Carroo, who caught three touchdowns.

Connor Cook ompleted 23 of 38 passes for a season-high 357 yards – one less than his career best – and two touchdowns. He came up with a 29-yard third-down pass to R.J. Shelton on third down on the winning 76-yard drive.

Chris Laviano and Carroo, who was reinstated Wednesday after simple assault charges were dropped from a Sept. 12 incident outside the stadium, combined on TD passes of 5, 39 and 28 for the Scarlet Knights (2-3, 0-2).

Catch up on all of today's Week 6 Big Ten action.