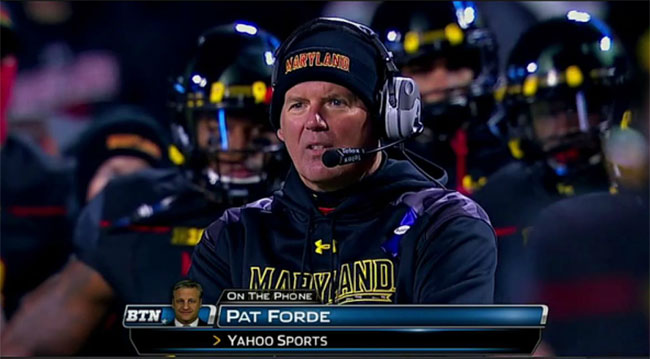 This morning on our show "Big Ten Football & Beyond," our panel discussed the latest out of Maryland where the school said Randy Edsall will coach the Terrapins at top-ranked Ohio State amid reports that he will be fired.

"Randy Edsall is our head football coach and he'll be on the sidelines Saturday against Ohio State," the school said Thursday in a statement.

Maryland is 2-3 overall and 0-1 in the Big Ten this season, the 57-year-old Edsall's fifth at the school. He's 22-33 overall at Maryland after going 74-70 in 12 seasons at Connecticut. After the game at Ohio State, the Terrapins have a week off before playing Penn State at home Oct. 24.

"Worrying is stupid. It's like walking around with an umbrella waiting for it to rain."- Wiz Khalifa