Photo: Indiana shorts to feature five stars, one for every banner 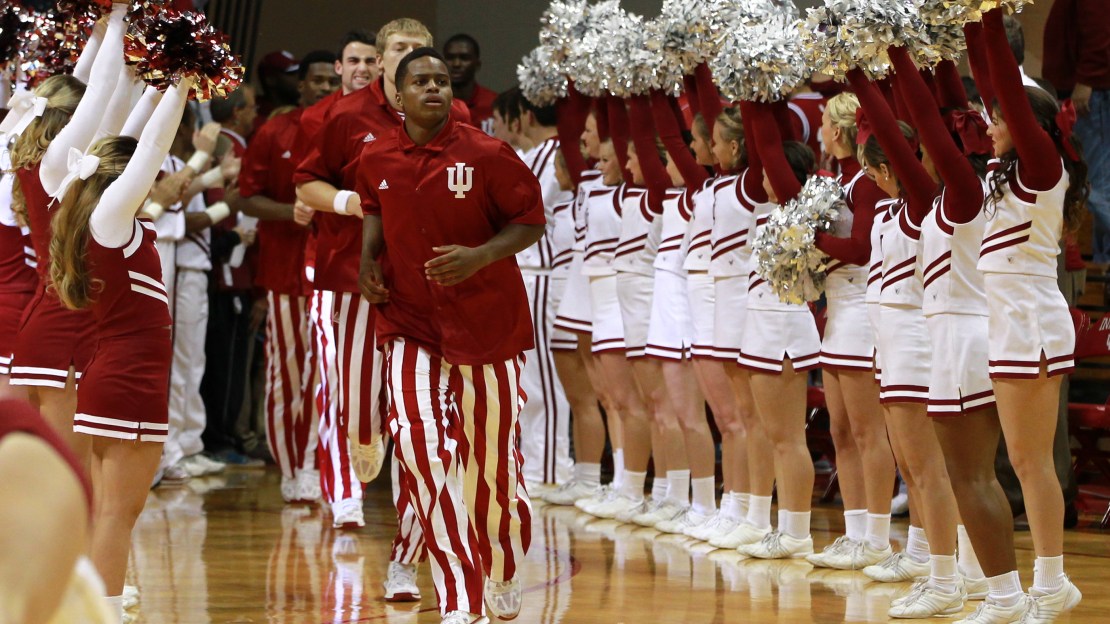 Wednesday, the Hoosiers tweeted a picture of their new adidas design, which looks very similar to its classic look, except for one new wrinkle.

Indiana will have five stars on its shorts, one for every national title.

This is a nice touch, something other teams have done recently. The Ohio State football team had Buckeyes leaves on the back of its jersey collar last season to mark its seven national championships. The Buckeyes went on to win the inaugural College Football Playoff.

Quick thought: Wouldn't the new design pop even more if it was more team-specific, had mini banners instead of stars?

At least one former Indiana player is a fan of the design: