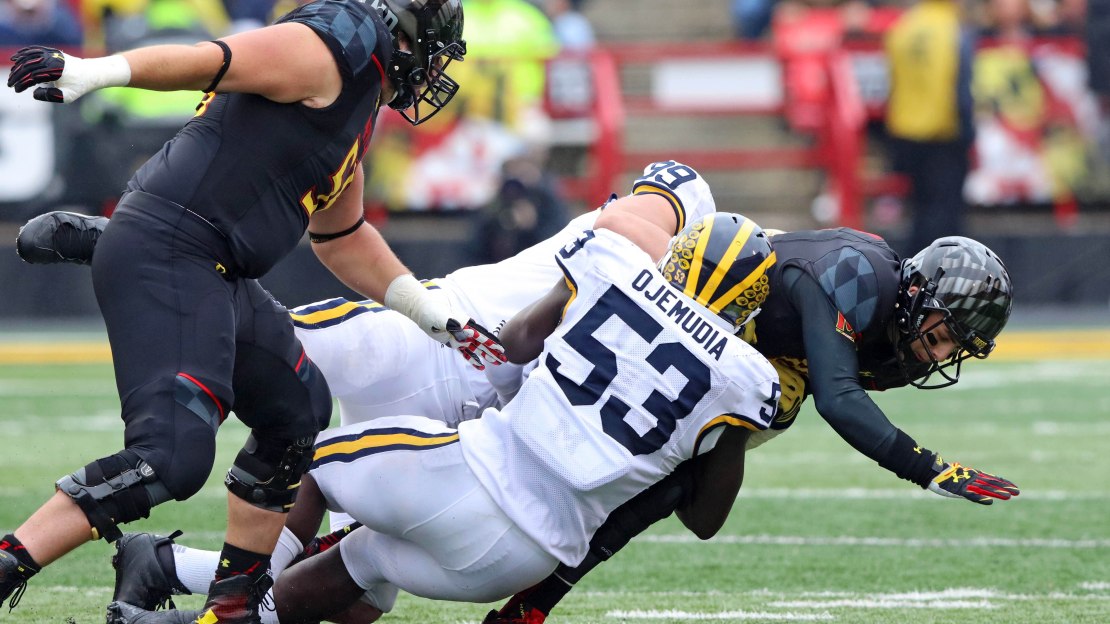 With the first week of full-on Big Ten play behind us, there is quite a bit of change in my latest power rankings, presented by ArcelorMittal.

Check out my latest poll below:

1. Ohio State (5-0, 1-0). At what point do fans go from being nervously restless to breaking into a hair-pulling panic? Five weeks into the season, and nothing seems to be changing. Is this 2015 reality?
Last week: 1
Up next: vs. Maryland (Watch on BTN2Go!)

6. Illinois (4-1, 1-0). You say you wanna call that triumph vs. Nebraska a ?signature? win? OK by me. It also will look good on Bill Cubit?s application for full-time employment in Champaign.
Last week: 11
Up next: at Iowa

9. Indiana (4-1, 0-1). If ever a loss felt like a win, it was the Hoosiers? defeat to Ohio State. How will IU handle the woulda-shoulda-coulda loss?
Last week: 9
Up next: at Penn State

14. Purdue (1-4, 0-1). The effort at Michigan State was inspiring. Now comes a visit from beatable Minnesota, which is a must-win for this program. Yes, I did just type that.
Last week: 14
Up next: vs. Minnesota