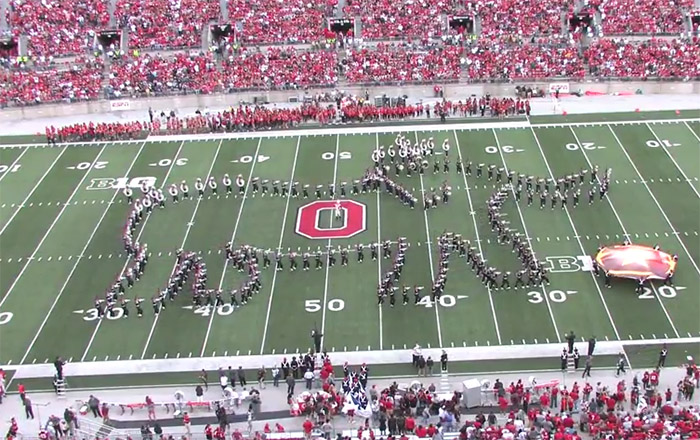 Big Ten football is home to a lot more than just the nation's top two teams.

While No. 1 Ohio State and No. 2 Michigan State, among others, are delighting fans early on this season, the marching bands, per usual, are putting on incredible performances every Saturday.

Below, we have collected the Week 4 Big Ten marching band performances that we found on YouTube. Have a link to one we missed? Please include it in the comment section at the bottom of this post.

Watch several of the performances below:

This is pretty cool, too:

In addition to a great game day, @PSUTrumpets player John popped the question to his girlfriend Maddy! Congrats! pic.twitter.com/mZyrfBWxV8