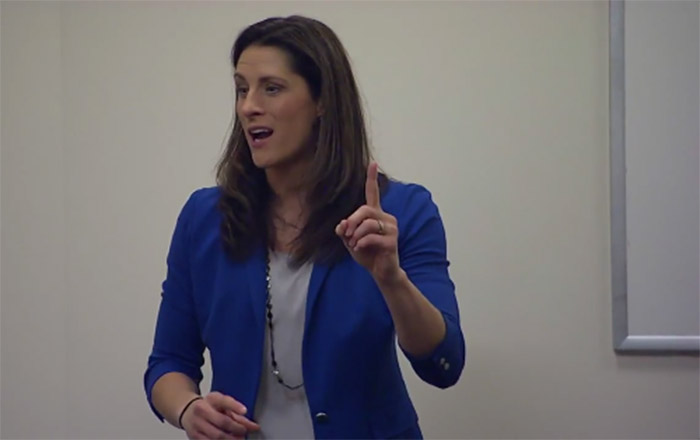 It's going to be tough to top Stephanie White's first season as a WNBA coach.

The former Purdue star and current Indiana Fever head coach guided her team to the WNBA Eastern Conference crown Tuesday night, becoming the first rookie coach to lead a team to the finals.

White's Fever topped the New York Liberty, 66-51, in the winner-take-all Game 3 to advance to the best-of-7 WNBA Finals vs. the Minnesota Lynx, starting Sunday afternoon.

The 1999 Big Ten Player of the Year and leader of the 1999 Purdue national championship team can deliver a pretty strong pregame speech, too. Check out what she told the Fever before Game 3 in the tweet above.

White has one former Big Ten player on her roster, in 2013 and 2014 Big Ten Player of the Year Maggie Lucas (Penn State), plus a pair of former Maryland Terrapins (Lynetta Kizer and Marissa Coleman). The trio will battle Shae Kelly and Lindsay Whalen, both former Minnesota players, in the finals.

Thanks everyone for the messages, tweets,etc! So thankful to work w/an amazing group of women & the best staff in the league!! #WeAreFever