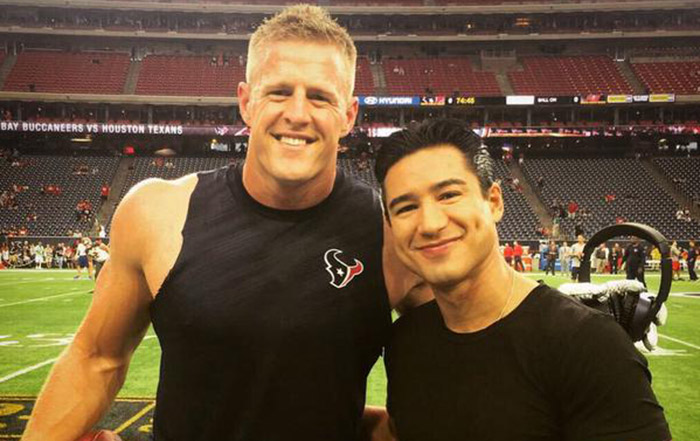 J.J. Watt isn't all that different from other guys his age.

Turns out, the former Wisconsin star and current all-world NFL defensive end is a "Saved by the Bell" and Kelly Kapowski fan, too.

Watt posted a picture to Twitter of him and Mario Lopez, aka "Slater," following Houston's 19-9 victory over Tampa Bay on Sunday afternoon; the text of the tweet read: "Bayside must have had a BYE week. #WhereIsKellyKapowski"

Unlike other fans, Watt received a prompt response from Tiffani Amber-Thiessen.

@justinjames99 I heard you were looking for me. I'm in LA catching up on my reading. Btw, good game today. #houstonismysecondhome

Watt's reaction to the response was predictable:

This. Is. Awesome. #MindBlown https://t.co/ZhVa8PdSE2

Got to love the digital age, huh?

Earlier this year, Watt also met Jennifer Aniston, another one of his celebrity crushes.

I'm not even going to try to pretend like I acted cool when this happened. #LifeMade pic.twitter.com/ezGyWWJG0a