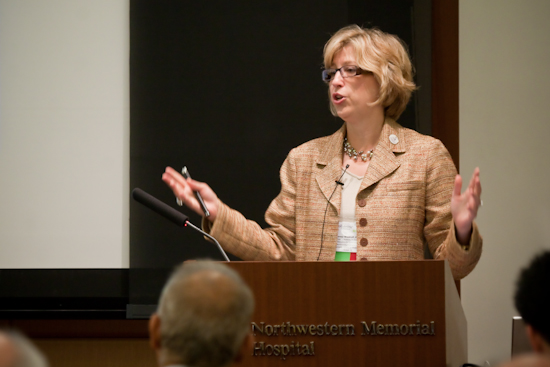 A cancer diagnosis is one of just a few things that can completely throw a young person?s life off-track. The sheer stress and immediacy can make it difficult to focus on anything down the road.

For young women, it?s even more disconcerting, as standard chemo treatments often destroy fertility and prevent them from having children. That aspect of it shocked Heather Schumacher, who was diagnosed with Hodgkin?s lymphoma at 27.

?The whole fertility part was something I honestly had never even thought of before and didn?t even know that it was a possible side effect,? said Schumacher. 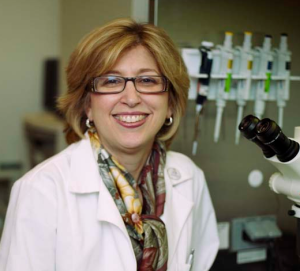 Fortunately, she was referred to Northwestern University and Dr. Teresa Woodruff, who?s not only a pioneer in oncofertility, but also practically invented it. As the name suggests, this discipline is a blend of oncology and fertility studies focused on creating solutions that allow women with cancer to have children after chemotherapy and other serious treatments.

?When you are a young person with all the expectations of a healthy future, having a cancer diagnosis is one of the most existential crises that you can go through,? Woodruff said. ?You now are faced with your own mortality rather than the hope for a career and family in your future.?

Woodruff coined the term ?oncofertility? in 2006, and she?s been at the center of the movement ever since. Northwestern serves as the administrative heart of the Oncofertility Consortium, an organization with more than 50 sites throughout the United States.

The group has two goals. The first is to discover new methods of preserving fertility in women undergoing cancer treatment. The other objective is to raise awareness of the ramifications of certain medical practices on reproduction, which Woodruff stresses has been poor historically.

?[Women patients] were being told that their hair would come out but not that their fertility would be lost,? Woodruff said. ?We?ve gone from literally zero percent of our young cancer patients being routinely offered a fertility consult to now over 90 percent here at Northwestern.?

[btn-post-package]?Oncofertility options range from ovary removal and storage to embryo freezing, which is what Schumacher opted for after undergoing more than 40 rounds of chemotherapy. She had the embryo reinserted after treatment.

Later on, her son Mikey was born - six-and-a-half weeks early, but healthy.

That was like that one thing - the hope of having a child, knowing we had preserved embryos - that got me through everything,? Schumacher said. ?And I would say every day since then has always been the same feeling of disbelief that we have a baby.?