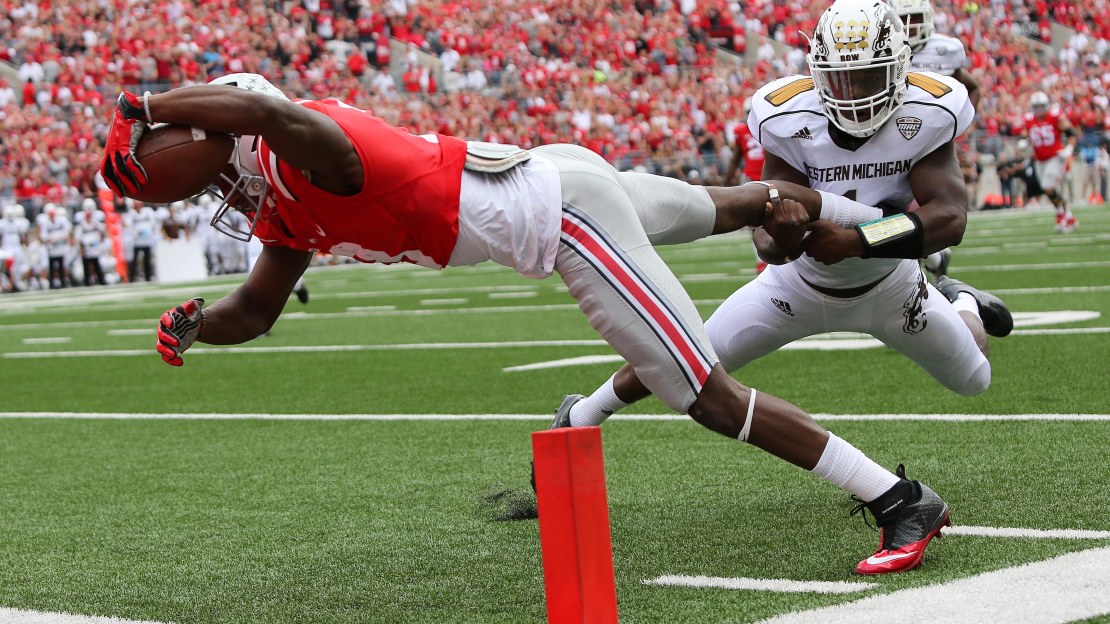 Catch up on all of today's Big Ten football action on our live scoreboard.

Use our TV GameFinder lookup tool to find BTN games on your TV. Also, watch these games tonight on BTN2Go: Ball State at Northwestern, and Hawaii at Wisconsin. Looking for available live in-game highlights? We got them!

MINNESOTA 27, OHIO 24: BOX | PBP | RECAP | VIDEO
Shannon Brooks rushed for 82 yards and two touchdowns – the last a 3-yard plunge with 30 seconds remaining – to lift Minnesota to a 27-24 victory over Ohio on Saturday. Embattled quarterback Mitch Leidner led the 78-yard game-winning drive after Minnesota (3-1) fell behind 24-20 with 2:26 to play after Josiah Yazdani's 41-yard field goal. Leidner completed 4 of 6 passes for 42 yards on the drive and finished with a career-high 264 yards passing for the Golden Gophers.

IOWA 62, NORTH TEXAS 16: BOX | PBP | RECAP | VIDEO
Jordan Canzeri ran for 115 yards and tied a school record with four touchdowns as Iowa trounced North Texas 62-16 Saturday for its fourth straight win. C.J. Beathard completed his first 15 passes and had 278 yards for the Hawkeyes (4-0), who open Big Ten play next week at Wisconsin after topping 60 points for the first time since 2002.

OHIO STATE 38, WESTERN MICHIGAN 12: BOX | PBP | RECAP | VIDEO
Cardale Jones threw two touchdown passes early on and Adolphus Washington returned an interception 20 yards for a score to lead No. 1 Ohio State to a 38-12 win over Western Michigan on Saturday. Jones played better than he did a week ago, when he was benched in the second quarter of a seven-point win over Northern Illinois. He finished 19 of 33 for 288 yards with an interception before J.T. Barrett replaced him late in the game.

ICYMI: Adolphus Washington flashed his athleticism on this @OhioStAthletics pick six. Brought to you by #GrubHub. http://t.co/IeZq8ltlI7