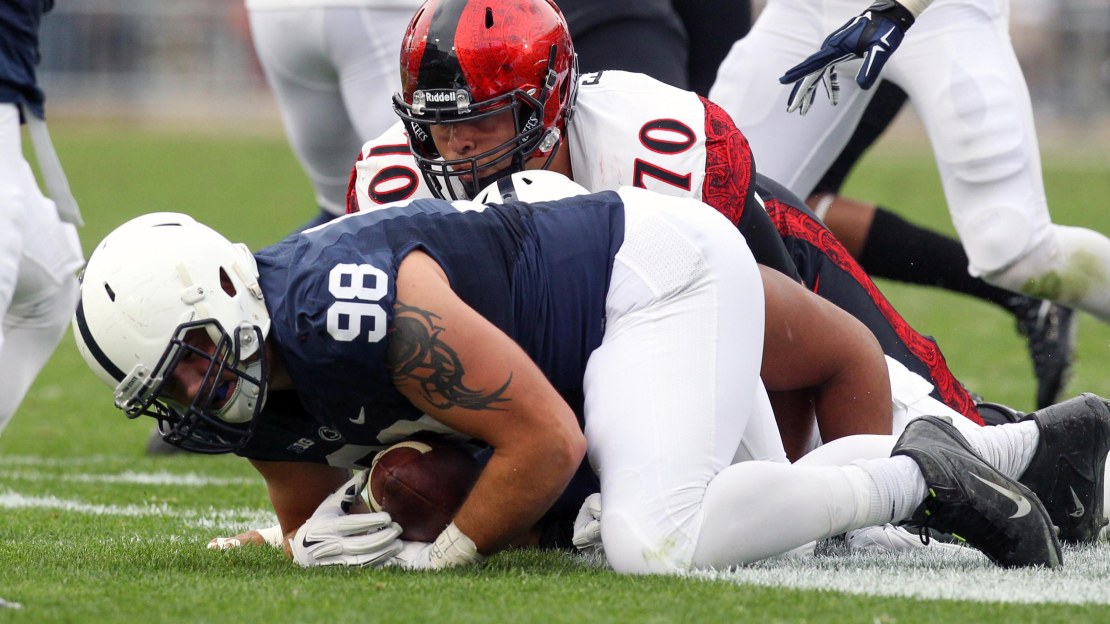 Anthony Zettel played, all right, and the Penn State defensive tackle made quite the impact.

Suiting up hours after his father Terry Zettel, 46, died, Zettel registered a team-high seven tackles, had a half-sack and recovered a fumble in Penn State's 37-21 victory over San Diego State at Beaver Stadium.

Terry, who battled stage four cancer for 19 months and was in hospice the last 10 days, died in his house Friday. A memorial service is schedule for Sunday.

Zettel's teammates played this one with their star on their minds.

"I was playing for Z and his dad," said fellow defensive tackle Austin Johnson, who returned a fumble 71 yards for a touchdown.

The fans were supporting Zettel, too: