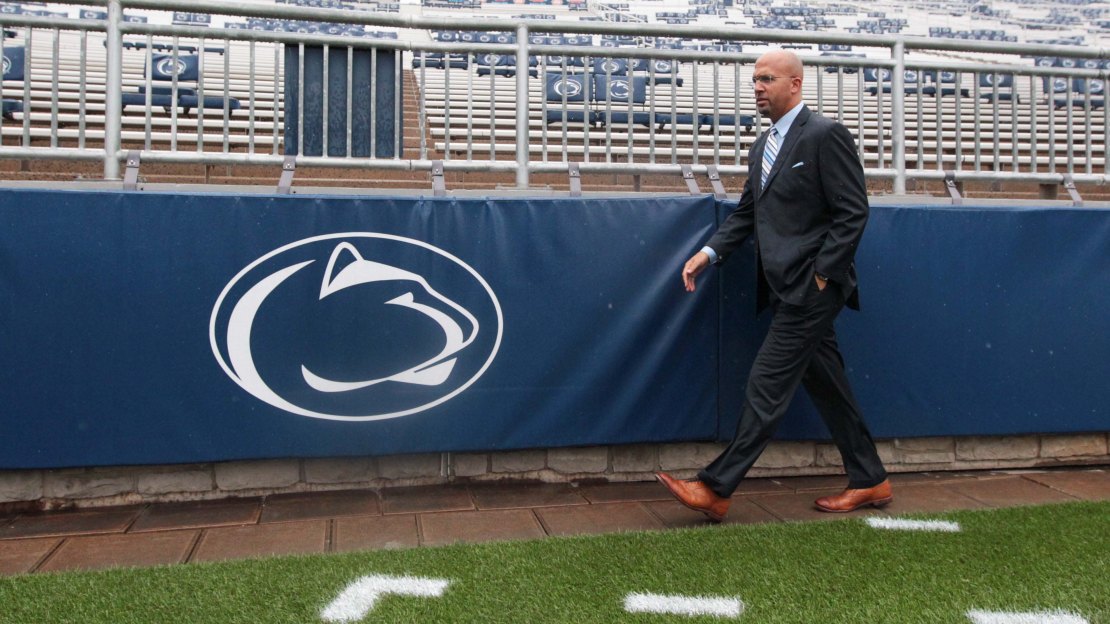 That time when James Franklin almost killed @Gulla37 because he was so excited. #PennState pic.twitter.com/sHdtHZiWIa

If we've learned anything about James Franklin as a coach in his year-plus at Penn State, it's that he is intense, on and off the field.

Franklin's intensity was on full display in Penn State's 28-3 Big Ten-opening victory over Rutgers on Saturday night at Beaver Stadium.

Following one of Penn State's four touchdowns, in fact, Franklin was so jacked up that he accidentally knocked down holder/punter Chris Gulla while congratulating the extra point team on its way back to the sideline.

What a funny moment.

Watch Franklin bowl over Gulla, all 6-foot-1 and 199 pounds of him, and hug him in the video above.