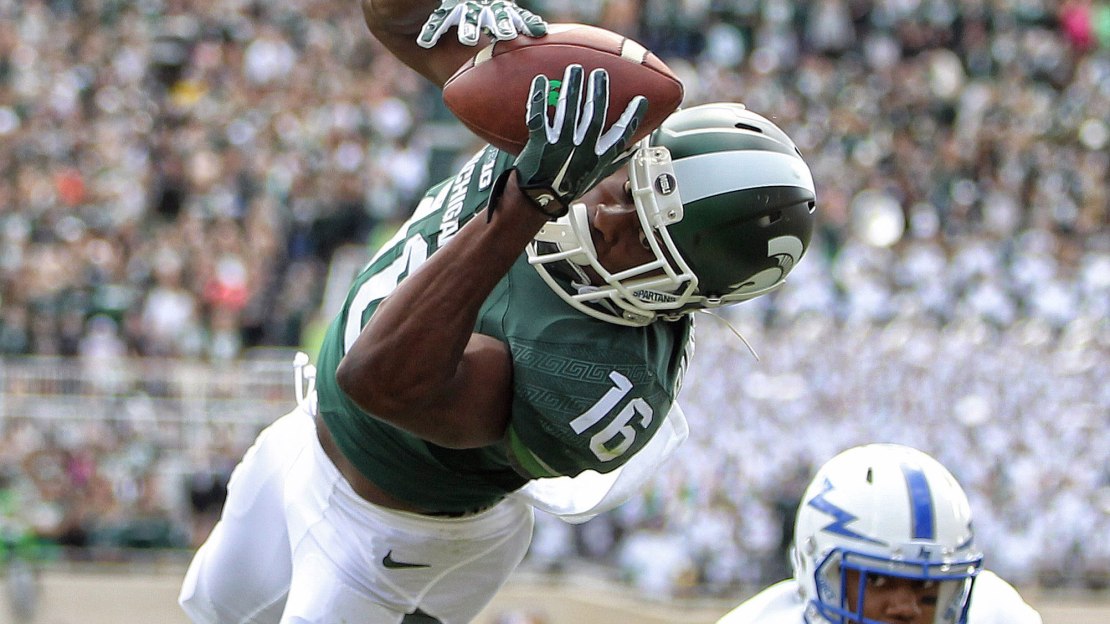 [ MORE: Track scores and stats on our Big Ten scoreboard ]

Burbridge had eight catches for 156 yards and three touchdowns in Saturday's 35-21 win vs. Air Force, including one of the most impressive receptions you will see.

Leading 14-7 early on in the second quarter, Burbridge made an incredible diving catch in the end zone. The grab was originally ruled incomplete, but after future review, officials changed the call and ruled it a touchdown.

Check out the outstanding catch at the top of this post, as well as this great photo collage of the catch below.

The touchdown grab set the Twitter world on fire, as former MSU (and even Michigan) players began to sound off on the highlight-reel catch.

Check out some of the top Twitter reactions here.