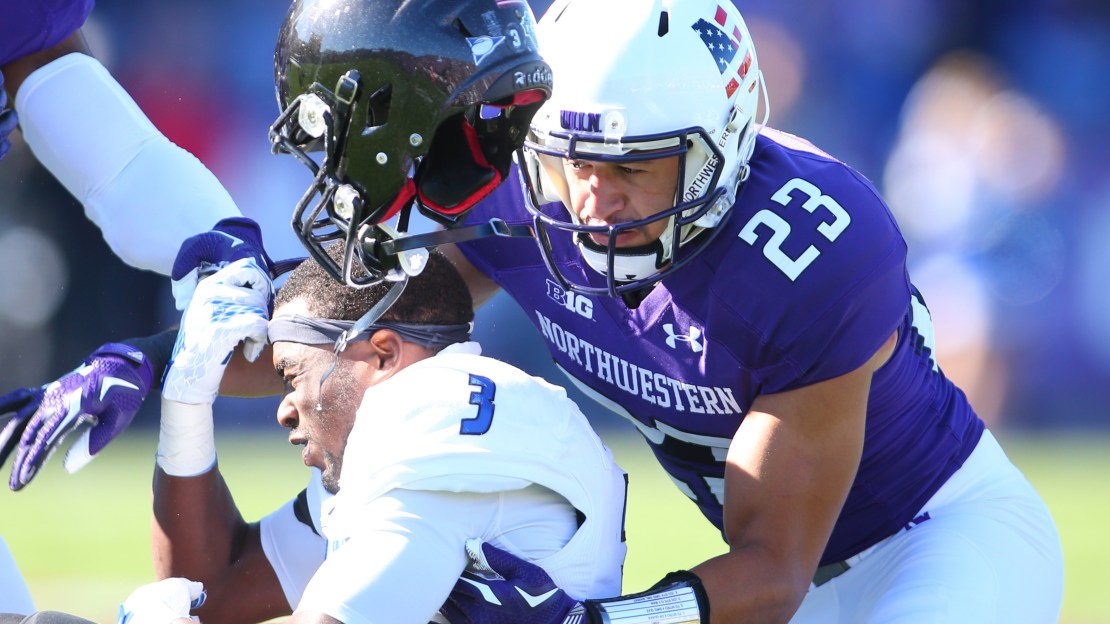 Looks like Wisconsin RB Corey Clement could be out until the Badgers open their Big Ten season on Oct. 3 vs. Iowa as he deals with a hamstring issue. No worries. The Badgers can manage without Clement vs. Troy this week and Hawaii on Sept. 16. Get healthy, Corey!

?At this point you?ve got to do what is best for the team,? said Clement. ?And that probably would be the best decision.

?That would give me more than two and half weeks to prepare and get back to 100 percent. The training staff always told me you?re only best when at you?re 100 percent.

?They see me?I?m a little hesitant. I?ve got to take that into consideration and be smart about it.?

Great read from Pete Thamel of Sports Illustrated, who gives a detailed look inside the switch of Braxton Miller from quarterback to H-back.

Good news, Penn State fans: There are no plans to increase the cost of football tickets over the next five years.

"We don't have the appetite, at this point, to raise ticket prices," A.D. Sandy Barbour said. "When we're at the point where we are giving our fans something more, some new options, [raising ticket prices] may be more appropriate.
Probably a good idea as the program continues to look for solid footing coming off NCAA probation.

Want to get caught up on Iowa? Check out this transcript of a chat with Iowa columnist Rick Brown of HawkCentral.com. Fresh off Iowa?s 31-17 victory over Iowa State in the annual Cy-Hawk series game, the Hawkeyes get perhaps their toughest test to date vs. Pitt. And each team is dealing with its share of injuries to key players. Will Drew Ott and LaShun Daniels Jr. be healed enough to go for Iowa? If not, what?s that mean for the Hawkeyes?

The Nebraska pass defense hasn?t been great, but the Huskers are counting on the corners to stop the deep passing game at Miami (Fla.) this Saturday. But can they?

Sam McKewon of Omaha.com says Nebraska has already given up seven pass plays of 30 yards or more, which is tied for 123rd in the nation and tied for the worst among Power Five teams. And once Nebraska showed it was vulnerable to deep passes - especially the fade routes near the sidelines - it put out a dab of honey for any opponent that thinks it can do the same thing. Husker defensive coordinator Mark Banker fully expects Miami, with seasoned quarterback Brad Kaaya and experienced receivers, to try.

Minnesota takes on a MAC team this week, as Kent State rolls into the Twin Cities. Games like this game give the MAC a shot at glory-and earning some cash.

This AP piece points out that the Mid-American Conference has won at least one game a season, and 21 in all, against the Big Ten over the last 10 years. Maryland was the latest to lose, falling 48-27 to Bowling Green last week, and there are seven more Big Ten-MAC matchups this season. But, Kent has little to no shot to beat Minnesota. But Purdue better be scared to death when Bowling Green comes to West Lafayette on Sept. 26.

A lot has gone on at Rutgers in recent days. The great Dan Duggan of NJ.com has a good recap of it all right here.

OK, here we go with the silly name stuff again that hearkens to junior high school. On Ohio State?s national title trophy, ?Michigan? isn?t included on the opponents beaten. Instead, the trophy is engraved with ?TUN? for Team Up North.

Is Michigan called ?Michigan? anywhere in Ohio State?s new renovated football lobby? There is a nice photo tour of the digs right here from Cleveland.com.