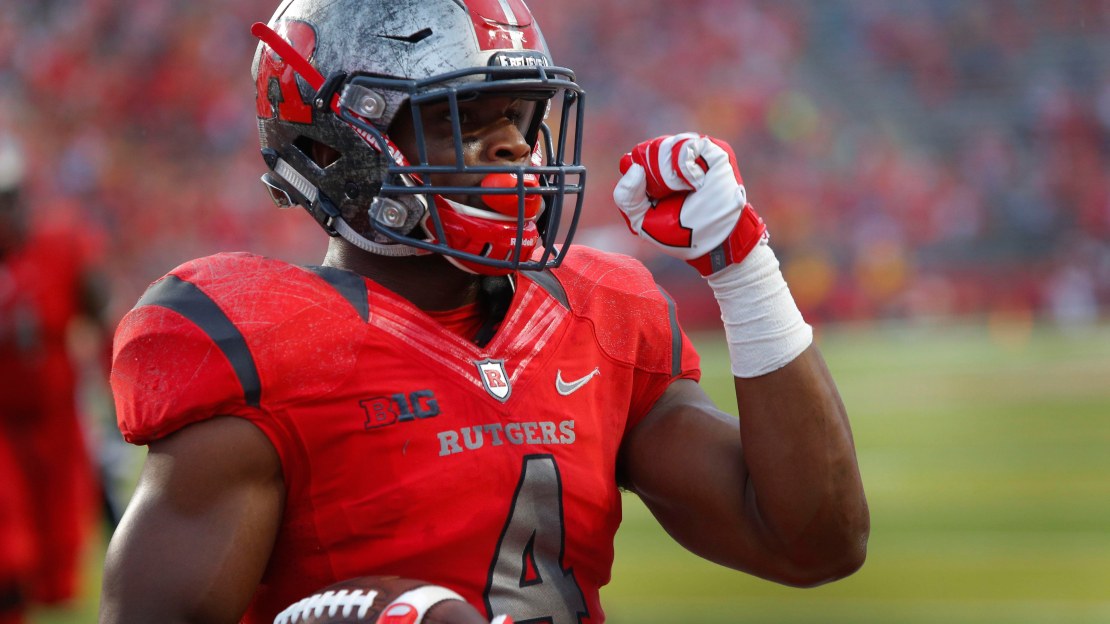 (AP) Rutgers receiver Leonte Carroo was suspended indefinitely by the school Sunday after being involved in an incident outside the team's stadium following the Scarlet Knights' 37-34 loss to Washington State on Saturday.

"Leonte Carroo has been suspended from our program as a result of an incident that happened last night outside of our stadium that is currently under investigation," coach Kyle Flood said. "Until that investigation concludes, we will have no further comment."

Rutgers police declined to comment on the incident, saying Sunday that detective bureau was closed until Monday.

Flood declined to give details of the incident, saying only it was under investigation.

The university is investigating Flood for sending an impermissible email to a professor about a player's academic status. Rutgers has dismissed six players from the team after they were arrested in connection with a string of home invasions and an assault

Flood was asked if he feels things are getting out of control off the field with his team, to which he replied, "I do not."

He plans to address the issue with the team Monday.

Carroo was suspended for the first half of the first game of the season for violating curfew during training camp.

"I had a chance to prevent things from happening and I allowed it to happen," Carroo said at the time of his suspension. "So I take full responsibility with me being a captain and leader of this team."

He also vowed that his off-field issue was a one-time misstep.

"I know I'm a guy that will put this past me and never make this mistake again," Carroo said. "From now on, I'll just have better decisions in my life and continue to do good and show my teammates and the university that I still do have those good traits and those good characteristics."