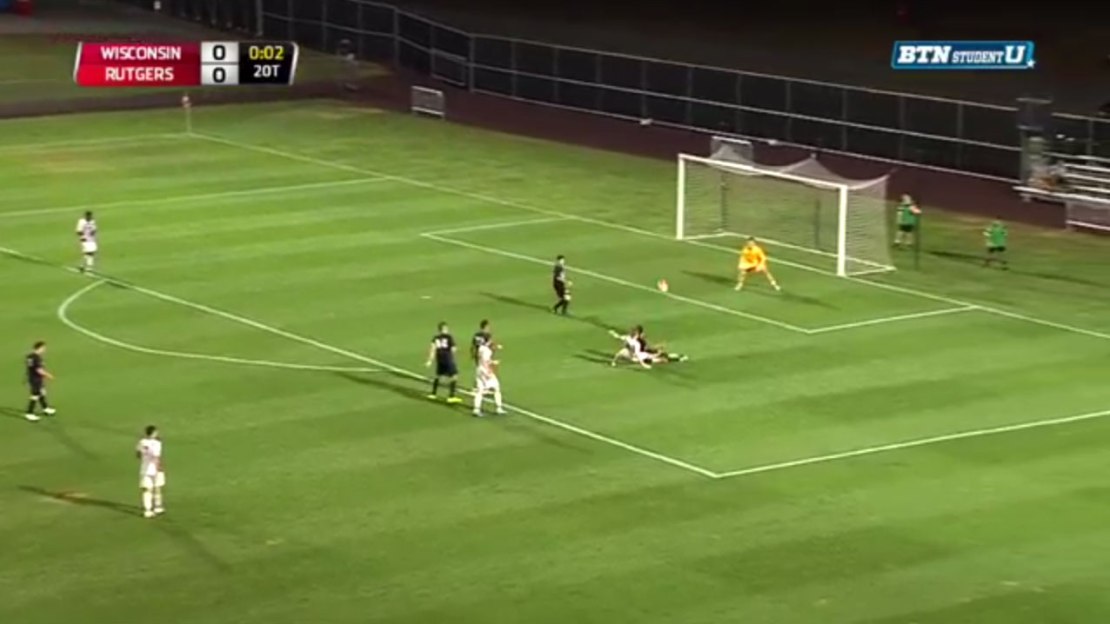 Did you see this Big Ten game-winner yet? In men's soccer on BTN Plus on BTN2Go, Wisconsin's Christopher Mueller's drilled a last-second goal in the second overtime to give the Badgers a dramatic win over Rutgers.

Hat tip to @BTNStudentU for posting the clip to Twitter as soon as it happened.

Keep your eye on the clock as you watch the video above.

With time winding down in double overtime and a scoreless draw looming, Mueller took one last shot at net and redirected a blast off a defender and over the goalkeeper for the score with just one second remaining.

Not only was it the game-winning golden goal, but it was Mueller?s first-career goal.

Here's an alternate set of replays, too: