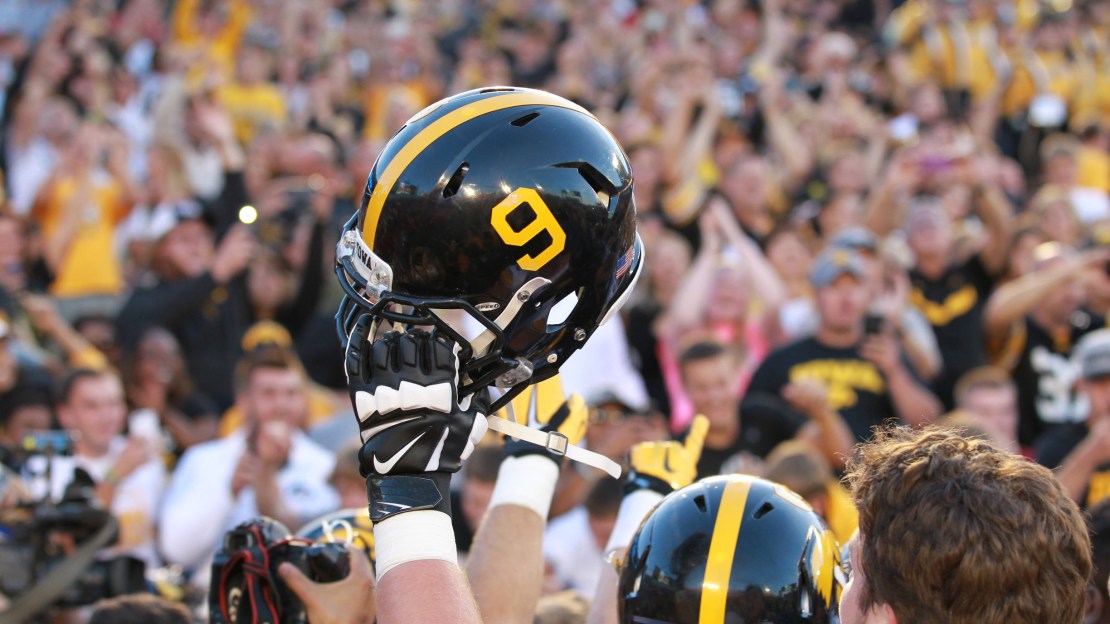 Emotional day for @HawkeyeFootball, and it ends with a big instate rivalry win. pic.twitter.com/6vNTmb26GS

It would be an understatement to say it was an emotional week at the University of Iowa.

Iowa State held a moment of silence for both late Hawkeyes prior to Saturday's annual meeting.

The Hawkeyes, honoring Sash by wearing a No. 9 decal on the left side of their helmets, started slow before rallying for a 31-17 road win.

"Today's victory is a rewarding end to a very difficult and challenging week for everybody," Iowa coach Kirk Ferentz told the AP. "On top of that, an important chapter for our football team. I told the football team last night that we were going to have to earn this."

Here are two of the top Iowa highlights from Saturday afternoon's win: