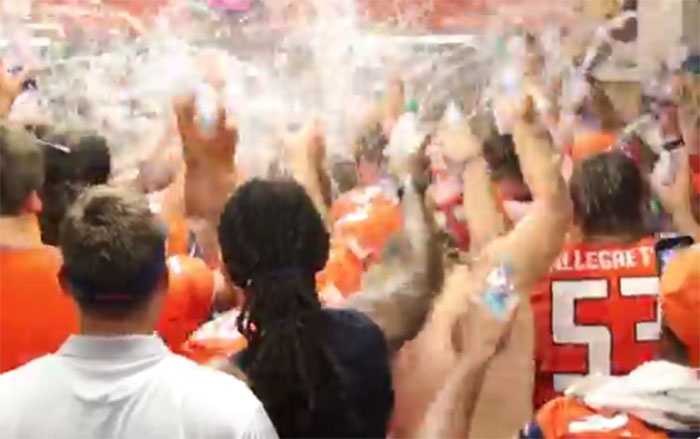 The Illinois football team has been through a lot recently.

Exactly one week before kickoff, head coach Tim Beckman was dismissed as part of an investigation into player mistreatment. One week later, on Friday night, the team sat through an extended weather delay before its season opener was postponed until Saturday afternoon.

The Illini handled the run of distractions just fine, cruising to a 52-3 season-opening victory over Kent State.

And, after the commanding victory, they celebrated with interim coach Bill Cubit, the former offensive coordinator, honoring him with the game ball and drenching him with water.

Watch the scene inside the Illinois locker room in the video above.