Here are 5 things to watch for during Ohio State vs. Virginia Tech 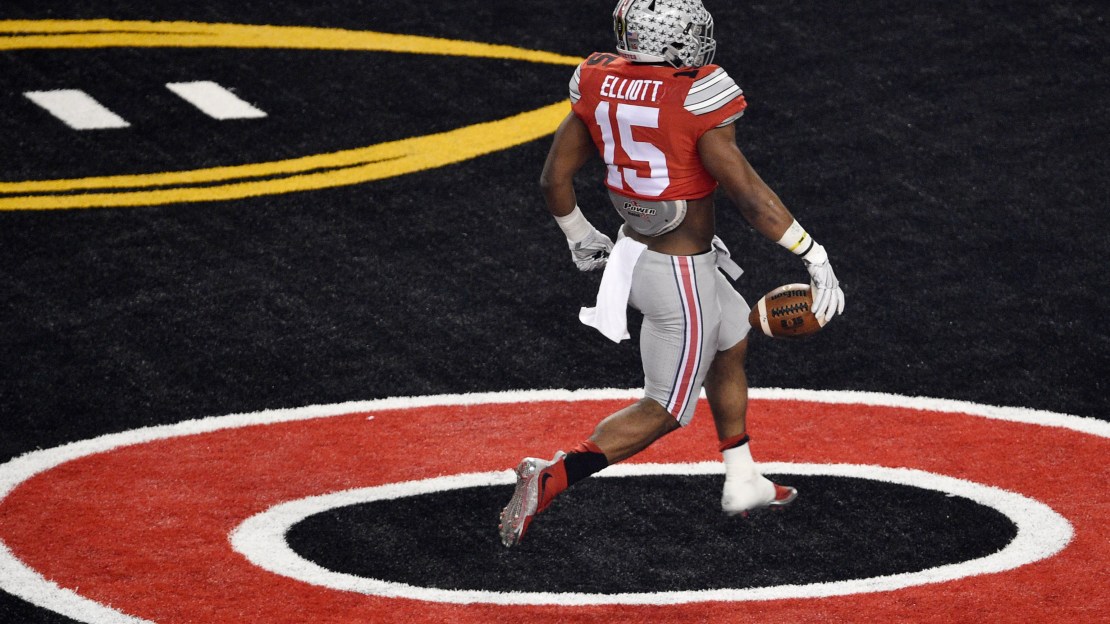 If it seems like we?ve been talking about the Ohio State at Virginia Tech game for nine months ? it?s because we have.

Now, it?s finally here, the much-anticipated Labor Day night clash between the Buckeyes and Hokies. Some think this will be Ohio State?s lone test until it welcomes Michigan State on Nov. 21. Beat the Hokies, and cruise to a 10-0 start with the Spartans on deck.

We shall see. Would a loss ruin OSU's playoff hopes? No. It didn't last year, when Va Tech beat Ohio State.

1. Quarterback. Finally, the terminal question will be answered: Who will start under center? Will it be J.T. Barrett or Cardale Jones? I-like most of the galaxy-will be shocked if Barrett doesn?t get the call. But Jones will play. How much? Who knows? My guess, if it?s tight, we won?t see much of Jones. Still, does it really matter who takes snaps for this team? Each guy has proven VERY effective. It?s like arguing over the steak or lobster on a menu.

2. Missing players. The Buckeyes will be without some impactful players, with stud defensive end Joey Bosa, H-backs Jalin Marshall and Dontre Wilson and wideout Corey Smith out with suspensions. Not ideal. But, Ohio State has more than enough in reserve to bridge the gap. Sophomore Tyquan Lewis will step in for Bosa opposite rising star redshirt freshman end Sam Hubbard. Freshly minted H-back Braxton Miller can show us his skills, along with Curtis Samuel. And wideouts Michael Thomas and James Clark can stretch the field to open running lanes for Ezekiel Elliott. Worry not, Brutus.

3. Zeke Elliott. At this time last year, Elliott wasn?t the ultra-stud we have come to know, respect, fear and cheer. He ran just eight times for 32 yards and a TD last year vs. Virginia Tech. Elliott didn?t reach full-stud form until late September, when he busted Cincinnati for 182 yards rushing and never looked back en route to becoming a superstar. My guess: Elliott will be featured early and often tonight to begin a Heisman push after running 303 times for 2,140 yards and 20 TDs last season.

4. Motivation. Some feel the Buckeyes? biggest issue in 2015 will be staying hungry, keeping that ?eye of the tiger.? Ohio State has reached the summit. Can it stay? But, finding motivation vs. the Hokies should not be an issue, given the fact this is a road game and the Virginia Tech dumped Ohio State last season in Columbus, 35-21. So, a hostile environment with a national audience while playing the last team to beat you? Yes, the Buckeyes will be focused and ready … and plenty motivated.

5. Special teams. They always are an adventure early in the season, as teams typically don?t practice them full-speed in camp. Don?t be shocked if there is a breakdown or big play for one team that could prove to be critical. A kickoff return for a TD? Blocked punt? Bad snap? The Buckeyes have vets in most roles and should be OK, right? We shall see.