Dienhart: It's been a tough beginning for Big Ten football 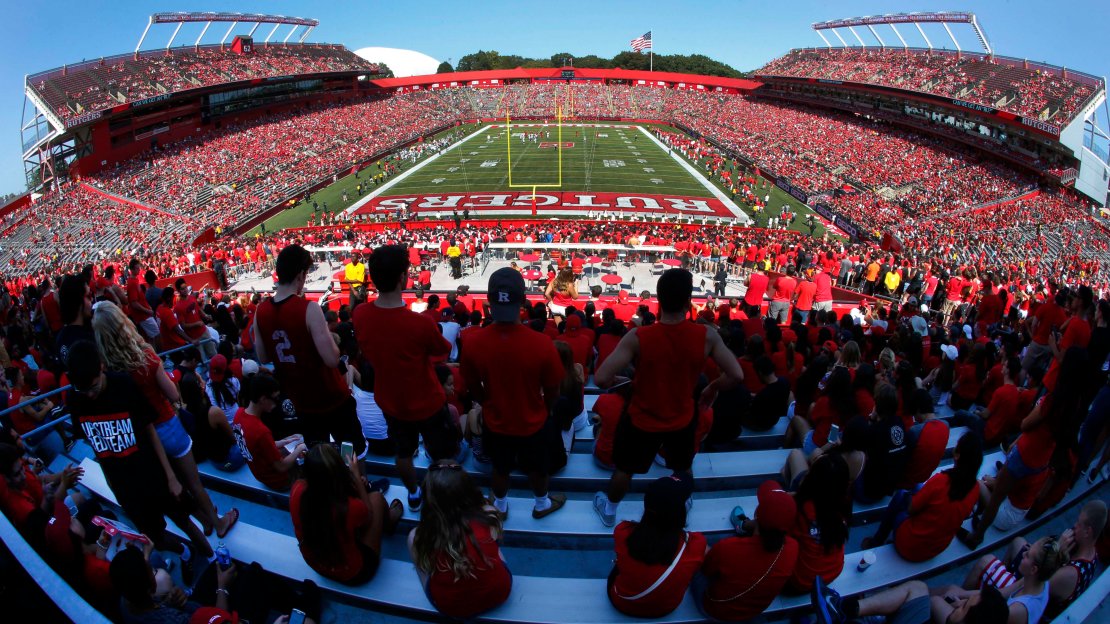 Those are just a few of the emotions that had to cross the mind of Nebraska fans as they watched BYU?s Hail Mary prayer be answered with no time left on the clock to give the Cougars a wild 33-28 win at Nebraska. So much for Mike Riley having a warm-and-fuzzy memory from his Nebraska debut.

"I initially thought he was not in the end zone, but I had a really bad view," Riley said. "I saw the official raise his hands right away, so I knew."

In his 41 years on coaching, Riley could not recall losing a game in this kick-in-the-gut fashion.

Speechless. What a crazy finish. http://t.co/RdwrK1leS4

"As a defense as a whole, we all didn't execute on that play," said Huskers safety Nate Gerry. "Those are the types of things we worked on during fall camp, but you don't think it's happened until it actually happens. It's a tough play."

It conjured images of Nebraska?s oh-so-crazy game-winning Hail Mary vs. Northwestern on the same field in Lincoln, Neb., back in 2013, when Ron Kellogg III hit Jordan Westerkamp on a 49-yard desperation heave.

So, what next for Nebraska, which saw its 29-game season-opening win streak end? The Cornhuskers play host to South Alabama next week. That game should provide a nice bounce-back for the Huskers, who need to taste some success before playing at Miami (Fla.) on Sept. 19.

Nebraska-BYU wasn?t even the highest-profile Big Ten game today. That was Wisconsin?s tilt vs. Alabama in Arlington, Texas. Like the Utah-Michigan and Minnesota-TCU games, no one expected the Badgers to win. Still, a triumph would have been a nice boost to the Big Ten?s image as the season begins to dawn. But, Wisconsin was no match for Alabama, falling 35-17 in a game that wasn?t really that close. Alabama is a heck of a measuring stick for any school, as the Badgers struggled to get any semblance of a running game and saw back Corey Clement get dinged up. How bad was it? Bama outgained Wisconsin, 502-268.

In the end, this has not been a great opening week for the Big Ten. It began with a thud on Thursday, with Michigan falling at Utah and Minnesota getting beat at home by TCU in games neither was favored to win-but still had hope.

Then, Michigan State didn?t look like a top-five team on Friday night in dispatching Western Michigan. And, today, Penn State got whipped by Temple, Indiana barely beat a FCS team, Wisconsin got dumped by Alabama and, of course, Nebraska lost.

This was a lot like the second week last season, when Ohio State lost to Virginia Tech; Michigan State lost to Oregon; Michigan got whipped by Notre Dame. The week before that, Wisconsin got beat by LSU. And so it went, as the Big Ten failed to impress in the non-conference.

Now, a year later, the Big Ten finds itself in the same spot, for the most part. The best win for the Big Ten so far? Northwestern topping No. 21 Stanford.

"It was probably one of the best performances I've seen our `D' play top to bottom against a ranked team maybe in my time," coach Pat Fitzgerald said.

Purdue plays at Marshall on Sunday, while Ohio State is at Virginia Tech on Monday. And, that?s the big one. The Buckeyes have revenge on their minds, as the Hokies were the only team to beat Ohio State last year, taking a 35-21 win in Columbus. After that, the Buckeyes ripped off 13 victories in a row to claim the national championship to bring the Big Ten some needed luster-and bury the bad memories from early September. It was the conference?s first national title since 2002. And Michigan State?s Cotton Bowl win vs. Baylor also was big.

"There is a little nudge around here because they beat us, and really the way they beat us," Urban Meyer said. "Offensively right now there is a lot of distaste for the way that thing happened, and that's not taking away from their personnel, because I think they have excellent personnel, especially on defense."

All eyes will be on the Ohio State quarterback. Specifically: Who will it be? J.T. Barrett or Cardale Jones?

"I imagined if one of them was way ahead I probably would announce it, but they're not, and it's more for our team than who we're playing," Meyer said last week. "I've had a couple conversations with them already. I think it's going to be a matter of fact. If you're not going to play early, get ready because I'd like to see both guys involved."

It will be interesting to see how the game-and season-unfolds for Ohio State, which figures to lean on running back Ezekiel Elliott after he wasn?t really a factor vs. the Hokies last season. There are no apparent personnel issues for OSU. The biggest obstacle for the Buckeyes? Staying hungry and fighting complacency. But it?s doubtful Ohio State will have any problem being motivated to play the Hokies, who are 0-8 all-time vs. No. 1 teams.

?How often do you have the No. 1 team in the country, by far, coming to your place, on national TV, the only game on?? Hokies coach Frank Beamer told the media last week. ?How many times does that happen? Not very often. I think our fans understand that if you want to be a part of it, you better jump in there.?

It should be fun-and a chance for Ohio State to send a statement the rest of the Big Ten has been unable to deliver so far in 2015.