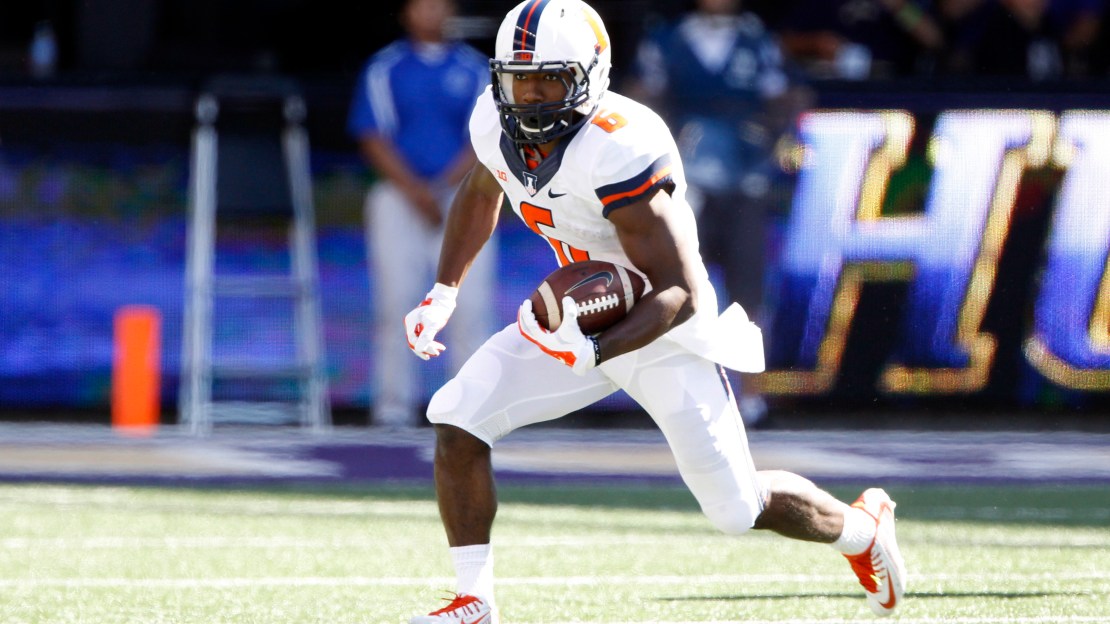 This isn?t just the opening week of the season for the Big Ten. It?s also a defining week for the conference.

The Big Ten can set a strong tone by winning some key intersectional clashes: Ohio State at Virginia Tech; Wisconsin vs. Alabama in Arlington, Texas; TCU at Minnesota; Michigan at Utah; BYU at Nebraska all drip with intrigue as we take the lid off the season.

Here are some opinions, observations and hard takes on the Big Ten entering Week 1.

Coaches typically don?t like to practice special teams going full speed for fear of injury. That means when schools run out for kickoff return/coverage and punt return/coverage-among other special teams–for Game One, they often aren?t positive of what they have on those units. Having said that, don?t be shocked to see some big returns for touchdowns-and maybe a few botched kicks. Big/bad special team plays seem to mark the opening week or so of the season more than any other time of the campaign.

Winning or losing the first game of the year doesn?t figure to make or break any school?s season. But, Purdue?s trip to Marshall on Sunday figures to carry a lot of heft for the Boilermakers if they hope to earn a bowl bid for the first time since 2012. Purdue probably needs to forge a 3-1 or 2-2 mark in non-league action. And a triumph in Huntington, West Virginia, would give the program a much-needed bounce in its step in Year Three of the Darrell Hazell regime. The Boilermakers other non-conference games: FCS Indiana State, Virginia Tech, Bowling Green. See what I?m talking about as far as the Marshall trip being huge for Purdue? The Hokies and Falcons will be tough outs.

How will Illinois play? The Fighting Illini open on Friday at home vs. Kent State. But, that?s not the real story. All eyes will be on the sideline, where offensive coordinator Bill Cubit has taken over as head coach after Tim Beckman was unceremoniously dumped for alleged mistreatment of players. Cubit is a perfect choice to assume command of a program that needs direction in a turbulent time. He was head coach at Western Michigan from 2005-12, going 51-47 (36-27 MAC) with three bowls. How will the program respond to the tumult and upheaval? My guess: the popular Cubit will keep the squad together and rally around the adversity.

Speaking of adversity ? that?s what Rutgers coach Kyle Flood faces as he preps to open at home vs. FCS Norfolk State. The Scarlet Knights can probably beat Norfolk with their second team. That?s not the issue. The issue is Flood?s future. A report indicates he defied an order to not contact professors. What will his bosses at RU think of that? Stay tuned. For now, the Scarlet Knights will try to play football.

Illinois State?s trip to Iowa drips with danger for the Hawkeyes. The Redbirds are one of the top FCS programs in the nation. And they have a Big Ten flavor, being led by former Indiana QB Tre Roberson and coached by ex-Purdue LB and defensive coordinator Brock Spack. It isn?t unusual to see big upsets sprung in the first game of the season, when teams are still ?discovering? themselves. And, if Iowa is not careful, it could get clipped. It almost happened to the Hawkeyes in 2009 vs. an FCS foe in Northern Iowa, when Iowa escaped with a 17-16 win en route to a 10-2 season.

We have two new starters at QB in the Big Ten. Rutgers? Hayden Rettig (a LSU transfer) and Northwestern?s Clayton Thorson will take their first snaps as starters this Saturday. Maryland?s Perry Hills (seven starts in 2012) and Iowa?s C.J. Beathard (one start in 2014) have started games in their respective careers and assume No. 1 status this year. Michigan?s Shane Morris also has started (two last year), and Jake Rudock was a 25-game starter at Iowa who opened 2014 as the Hawkeyes? first-stringer. Ohio State has J.T. Barrett (12 starts in 2014) and Cardale Jones (three starts in 2014) back and competing. Wes Lunt opened 2014 as Illinois? starter before giving way to now-departed Reilly O?Toole; ditto Nate Sudfeld, who opened last year No. 1 before injury ended his year and Zander Diamont finished. As we wait on decisions from OSU and Michigan, every other school will open 2015 with the quarterback who closed 2014.

Who will quarterback Ohio State and Michigan? It?s a big secret, with speculation running rampant on both campuses. Honestly, it probably won?t make much of difference who gets the call for either program. The options at both schools are pretty similar from a talent and skill standpoint. I?m not sure what the advantage is in being so secretive. My guess: J.T. Barrett starts for Ohio State when it visits Virginia Tech and Jake Rudock gets the call for Michigan when it plays at Utah. And, don?t be surprised if both schools play two signal-callers, with Cardale Jones seeing action for the Buckeyes and Shane Morris for the Wolverines.

Four schools will debut new coaches: Illinois? Bill Cubit; Michigan?s Jim Harbaugh, Wisconsin?s Paul Chryst and Nebraska?s Mike Riley. Chryst is the Badgers? third coach since 2012, as Bret Bielema (Arkansas) and Gary Andersen (Oregon State) both shockingly left. Chryst and Cubit will be the third head coach for some players on their roster. Iowa?s Kirk Ferentz is the graybeard in the league, entering his 17th season. Northwestern?s Pat Fitzgerald is in his 10th season, while Michigan State?s Mark Dantonio is in his ninth. No other head coach has been on the job longer than four seasons, as Minnesota?s Jerry Kill, Indiana?s Kevin Wilson and Maryland?s Randy Edsall all enter Year Five.