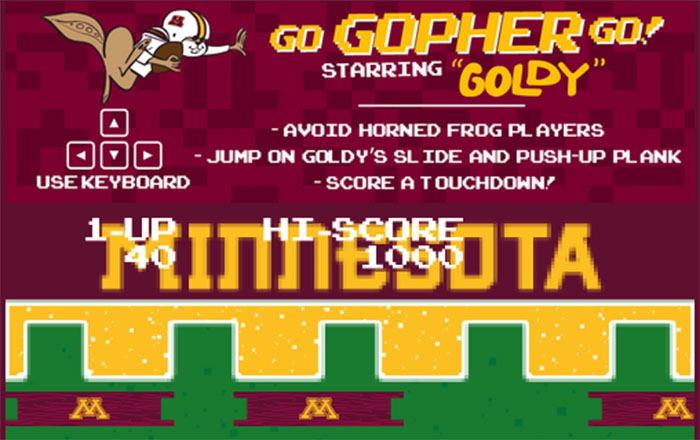 It's the last Friday before the 2015 college football season kicks off, so it's only normal for one to have his/her attention on something other than work.

Thanks to @GopherSports, Minnesota fans – and maybe all Big Ten fans – have a fun Frogger-inspired game, called "Go Gopher Go!," to get in the way of work productivity.

The goal of the game? To get Goldy past TCU defenders and jump on Goldy's slide and push-up plank en route to scoring a touchdown. Users have five lives to make it happen.

Give it a try. You won't be disappointed.