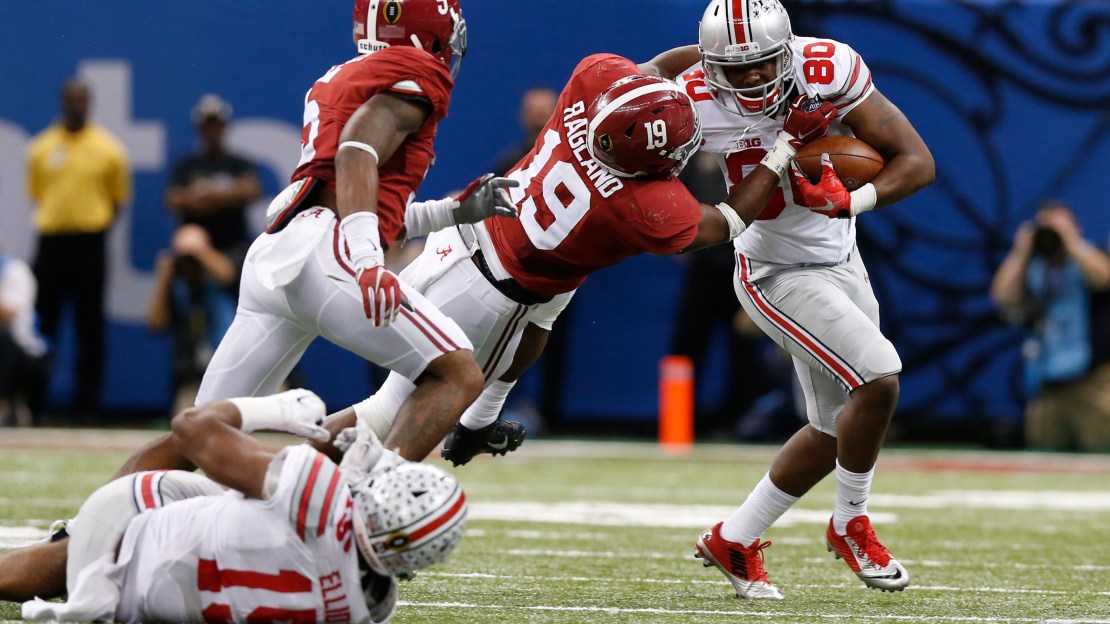 Ohio State released a statement saying Brown would have surgery Thursday and is expected to make a full recovery.

The 6-foot-2, 222-pound Brown saw limited playing time in 13 games as a freshman last season and had one catch for 9 yards. But he was vying for a starting spot for the defending national champions and having a strong preseason. Coach Urban Meyer said last week Brown was one of the most improved players in training camp.

"There was a point in camp no one could cover him. He was just so physical and really good with his hands and he catches everything," cornerback Eli Apple said about Brown on Tuesday.

The Buckeyes were already planning to be short-handed at receiver against the Hokies because of suspensions to wideout Corey Smith and H-backs Jalin Marshall and Dontre Wilson.

Meyer said last week that Brown was scheduled to be in the receiver rotation against Virginia Tech that includes Johnnie Dixon, Parris Campbell, Terry McLaurin and Michael Thomas.

The injury could also open up playing time for freshman Torrance Gibson, a highly-recruited quarterback who switched to wide receiver this season in order to get playing time as J.T. Barrett and Cardale Jones compete to be the starting quarterback.

Thx to the @fpaos_board for all their support to Noah and his parents during this time. Surgery successful & we all have ur back @Nb_Eight0