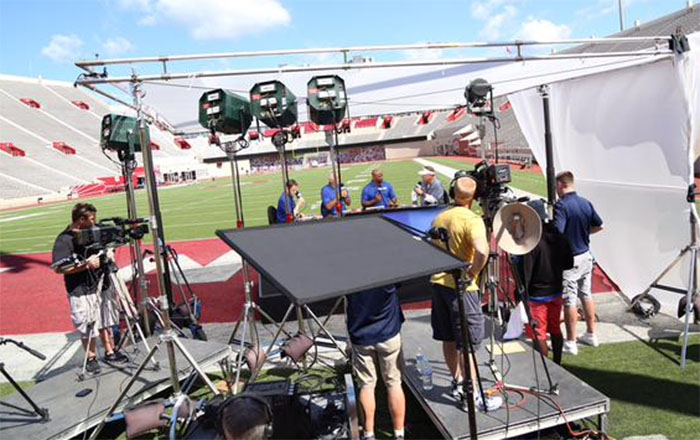 Tuesday morning marked the 13th stop on our annual summer football tour across the Big Ten.

Stop No. 13 of 14 had us visiting Bloomington, Indiana, to watch Kevin Wilson's Hoosiers.

After the scrimmage, our bus hit the road for West Lafayette, Indiana, where we will complete the tour by taking in Purdue practice Tuesday.

OL will undoubtedly be a strength for IU - particularly Spriggs and Feeney. Wilson called Feeney "the best player on the team."

Like the looks of both IU RB's - UAB transfer Howard is a big guy who runs hard. Redding also impressive in team drills

Appears some of the younger WR's will play (Westbrook, Thornton). Could use another burner or two. Simmie Cobbs looks like their top WR

Secondary remains an issue for the Hoosiers. Will be in some shoot-outs

BTN Bus Tour #Hoosiers Formula remains the same at IU have to be dynamic on offense & continue to improve on D. They've recruited to do that

BTN Bus Tour #Hoosiers Big challenge for the defense - can a 3 man front hold up vs. run in East Division plus crossover Iowa?

Nate Sudfeld is throwing well today. He is one of the top 5 QBs in the league, a rangy field general. pic.twitter.com/KfkU8UV4BR