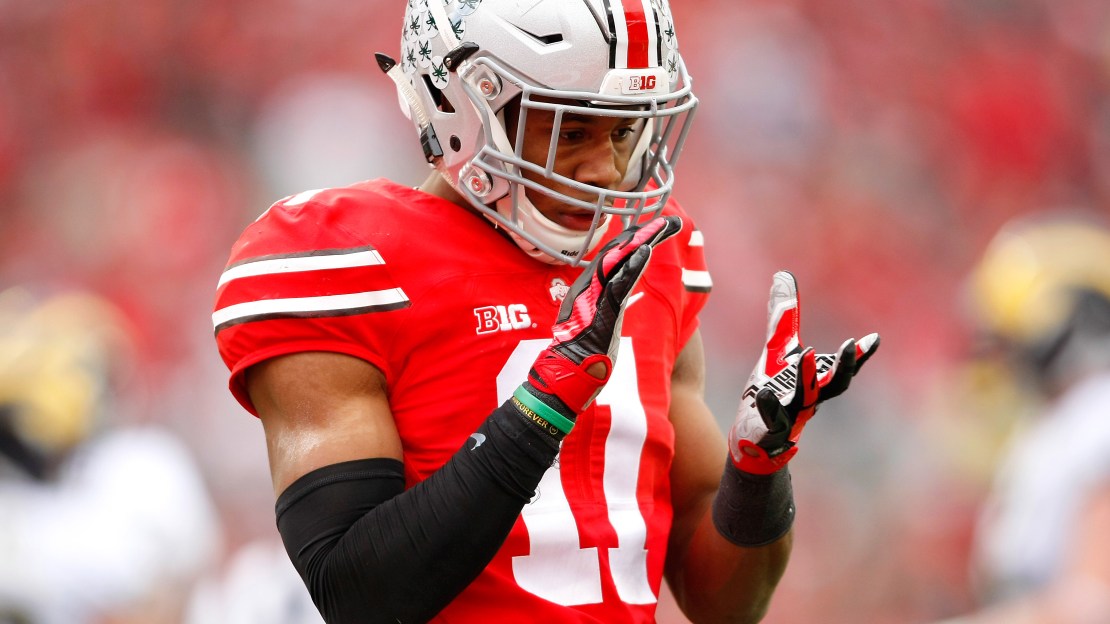 The four players are the most of any team, one more than Southern Cal, which had one player on offense, defense and special teams.

"The star of the postseason a year ago, the junior is poised to continue his rushing rampage as part of Ohio State's defense of its national title. Even better for the Buckeyes, he will actually start this season completely healthy."

"In case there was any remaining doubt, Urban Meyer's spread attack relies on a powerful rushing attack and a dominant offensive line. A mauler like Elflein on the interior is absolutely ideal for what the Buckeyes want to do with the football."

"The dominant pass rusher attracts plenty of extra attention from blockers, but typically the freakish junior just shrugs that off. Bosa will open the year on the bench thanks to a one-game suspension, but expect him to unleash his pent-up frustration as soon as he returns."

"A game-changer in the secondary, Bell's athleticism was perhaps the most critical part of Ohio State's dramatic defensive overhaul on the way to the national title. Now with another year under his belt, the junior is in line to make life miserable for opposing quarterbacks."