Photo: Will Ohio State be wearing a matte black helmet this season? 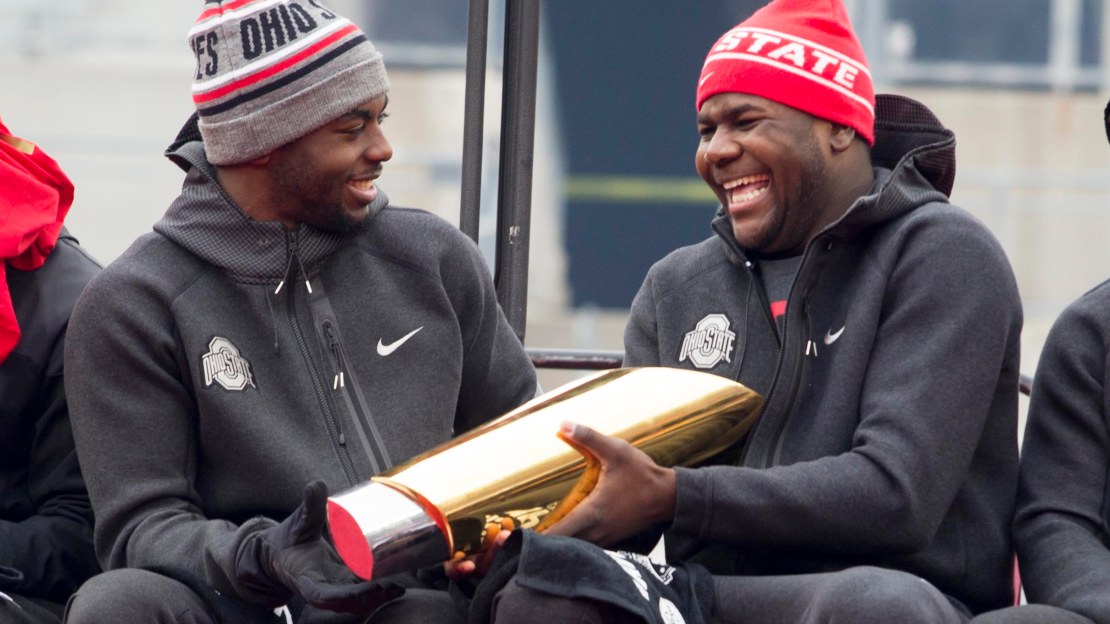 Ohio State has one of the most well-recognized jerseys in college football. However, it is possible the Buckeyes may be mixing it up this season.

OSU wide receivers coach Zach Smith posted a photo on Instagram today, which shows a matte black Buckeye helmet with a red and white stripe down the middle.

The helmet features two Buckeye stickers on the front, as well as a "Zone 6" decal, which refers to OSU's wide receivers.

Check out the photo on top of this post.

Smith also posted the following photo to his Twitter account, @CoachZachSmith, with shows the helmet and reads "That @Zone6_OSU swag is official," with several emoji, including a black hat.

Elevenwarriors.com released a report two weeks ago that stated, according to sources, Ohio State is planning on wearing a black jersey against Penn State on 10/17. The report went on to clarify that "we've only been told that the Buckeyes will wear black that night and have not been shown any photos or drawings of what those uniforms may look like."

Update: Smith took to Twitter to clarify that his photo "wasn't hinting at anything else."

He implied that he is just creating a custom helmet for his players.

Well that picture blew up... Making a @Zone6_OSU helmet - wasn't hinting at anything else!! ?

What do you think, Ohio State fans?