3 things Tom Dienhart will be watching at Michigan practice 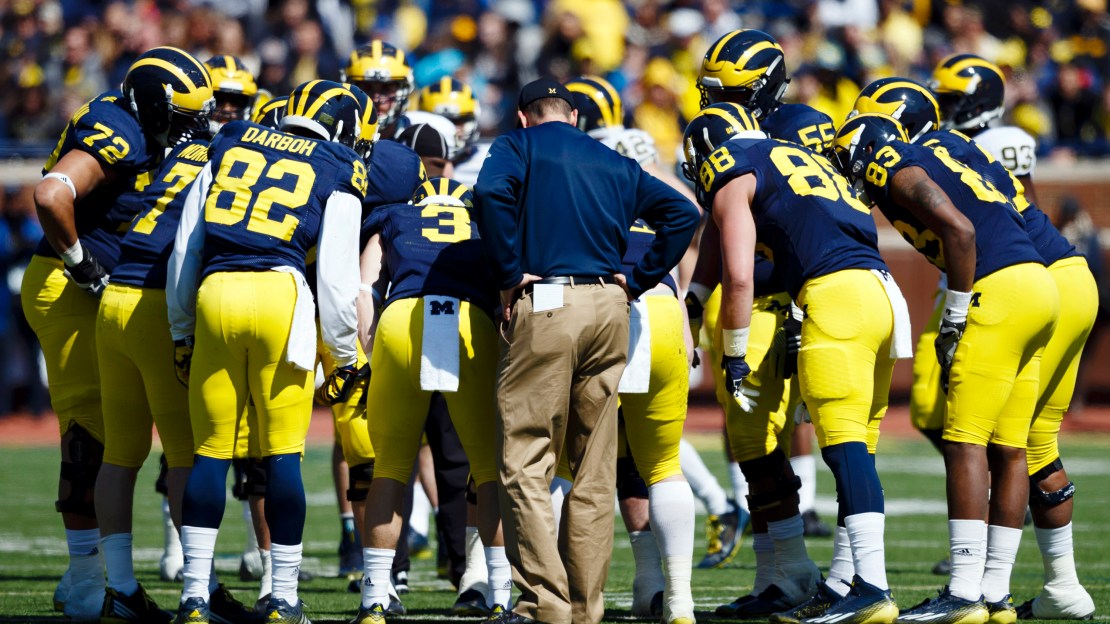 The arrival of Jim Harbaugh has sent the Michigan program into a new stratosphere. Harbaugh is being hailed as a savior, as the program looks for its first Big Ten title since 2004.

Harbaugh inherits a team that has talent. It just needs some direction, leadership and swagger, all of which Harbaugh can provide. The defense is ready-made for success. It?s the offense that needs a lot of attention.

Here are three things I?ll be watching at Michigan.

1. Who will be the quarterback? This is a question that has been nagging since the equipment was put away after last year. And Jim Harbaugh?s arrival only has amped up the issue. There is no shortage of options, with Iowa graduate transfer Jake Rudock seemingly at the front of the pack. Junior Shane Morris is also back, along with newcomers Alex Malzone and Zach Gentry, among others. This is fascinating.

2. Is the offensive line up to par? Where have you gone, Jake Long? The unit has struggled in recent years. But it looks like the talent and depth are beginning to build for this once-proud front. Sophomore left tackle Mason Cole looks like he could be a building block and special talent on a unit that has four starters back. Fellow tackle Erik Magnuson also is a stud. With questions at the skill positions, the offensive line needs to be a strength.

3. Any pass rushers? After end Frank Clark got booted last year, Michigan lacked a pass rusher to bring heat off the edge. The need is still gnawing in Ann Arbor. Senior end Mario Ojemudia could be the guy. Fellow senior end Chris Wormley is a big fella on the edge with some push. Maybe junior Taco Charlton will emerge. The guy is a specimen. Redshirt freshman Lawrence Marshall could be a factor.