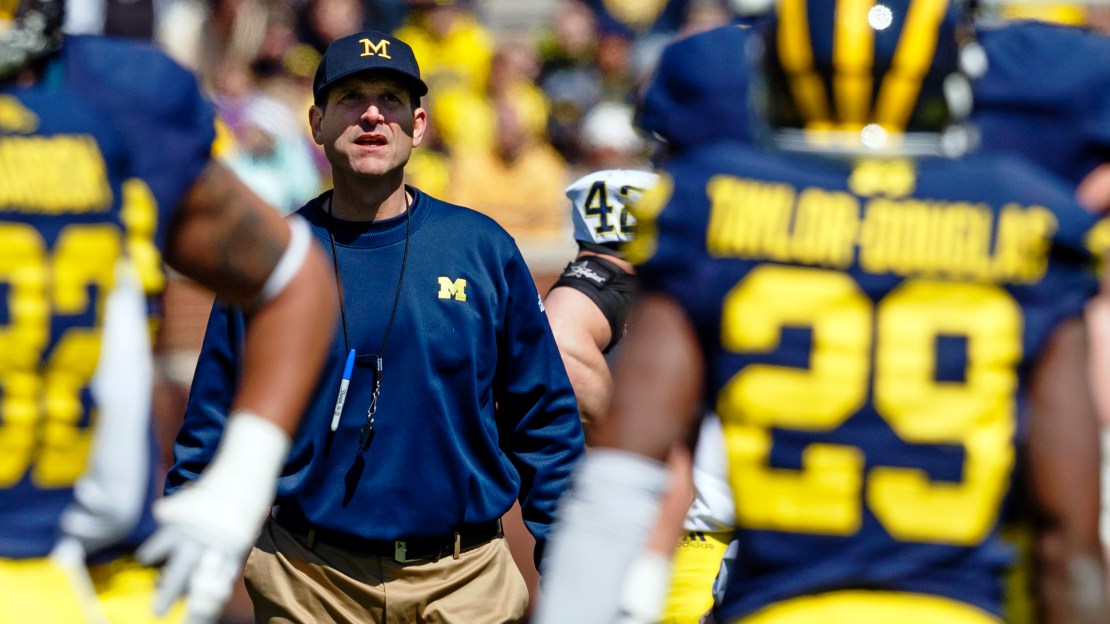 Actual jerseys Michigan will wear on the road. Heard this is by Jim Harbaugh's request: 1974: https://t.co/OIKUqfZMhG pic.twitter.com/8loJ7UvA9W

The Michigan football team will wear an all-white road uniform in its final season with adidas, according to thewolverine.com senior editor Chris Balas.

The Wolverines, who will switch to Nike's Jordan brand in 2016, usually wear a white jersey and maize pants on the road.

The team has yet to confirm the new uniform.

It's a nice look, one few Michigan fans figure to dislike. Adidas has struggled with Michigan's road uniform in recent years, especially in the (inconsistent) piping department.